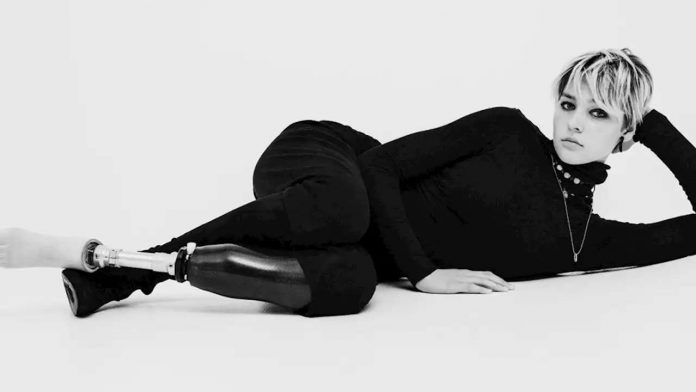 The 19-year-old newcomer uses her lived experience with limb differences to depict a unique yet universal take on adolescence: ‘I know what it’s like to experience the pain, the emotion, the life that comes with being an amputee.’

Next Big Thing: Nana Mensah on Her Journey From Being Pushed to Study Law to Starring in Netflix’s ‘The Chair’
What role does Los Angeles play in the show?
L.A. and the La Brea Tar Pits [are] the playing field. We actually visited the Tar Pits so I could get a better feeling for what they’re like.
How did the action scenes in the show challenge you as a below-the-knee amputee? Conversely, what did your lived experience help bring to the role of Izzy?
The elements of action and adventure were really fun. I like to stay pretty fit, and so when I’d be asked what my limits were, I would just tell them [that] I would do what it took to get the job done. As an amputee, you bring a totally different mental state to a character with an amputation. For Izzy, I know what it’s like to experience the pain, the emotion, the life that comes with being an amputee. So I understand her reactions and choices in a way that a fully limbed person wouldn’t.
Gorecki in a scene from
La Brea
.
Sarah Enticknap/NBC
How does it feel to have the visibility of this role? Have you been in touch with any other actors who share similar experiences of accessibility and limb differences?
It feels freaking awesome! The inclusivity is so nice to see.

I met David Harrell and Alex Barone through a limb-difference camp called Camp No Limits. They are both actors and have been an amazing wealth of information for me. I hope that moving forward, Hollywood will continue to use limb-difference actors for limb-difference characters.
Are there protections in place for disabilities behind the scenes that helped you while on set?
It was a learning curve for everyone. Nobody really knew what to do in the beginning. But we figured it out as we went, and everyone was so gracious and adaptable. [Show creator] David Appelbaum asked me loads of questions about life as an amputee so Izzy could be as accurate as possible.
What do you think viewers will be most surprised about by Izzy?
That’s she’s just a regular kid. She’s dealing with all of this crazy stuff, but she still needs her dad, she still has all these emotions, and sometimes it gets to be too much. I am so excited for people to see an amputee as just a regular person instead of a novelty item you see walking down the street.
Interview edited for length and clarity.
This story first appeared in the Sept. 15 issue of The Hollywood Reporter magazine.

The 8 Worst Snubs from the 2020 Oscar Nominations

The Best Facial Mists to Keep You Refreshed All Summer Long