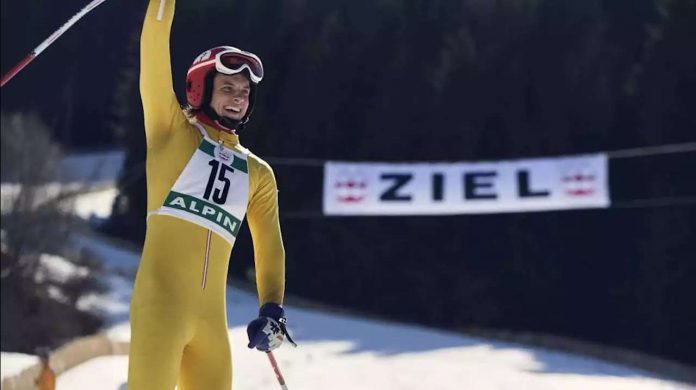 In telling the story of champion alpine ski racer Franz Klammer, one of Austria’s most revered and beloved sports heroes, director Andreas Schmied forewent the usual biopic tropes, focusing instead…

Andreas Schmied
forewent the usual biopic tropes, focusing instead on a few fateful days that culminated in his victory at the 1976 Olympics in Innsbruck. It was that focus that ultimately convinced Klammer to give the film, “Chasing the Line,” a thumbs up. The movie world premieres at the
Zurich Film Festival
, which opens Thursday.
Other attempts had been made at telling Klammer’s story on film over the years, but none had succeeded. When producer Jakob Pochlatko of Vienna-based Epo-Film approached Schmied with the project, the director embraced the opportunity.
“I grew up with Franz Klammer – everybody in Austria did,” Schmied says, stressing Klammer’s enduring popularity in the country. “I knew what a big deal Franz is.”
Schmied and his wife and writing partner Elisabeth Schmied met with Klammer and won him over with their take on his story.
“We’re both not huge fans of generic biopics because they’re almost like a passion play – station after station after station,” Schmied adds. “There are not as many good biopics as one would imagine because of the formula.”
The Schmieds instead focused on Klammer’s biggest success – his Olympic victory that won him gold in the downhill and the days leading up to the event. The story also revolves around Klammer’s burgeoning romance with girlfriend (and later wife) Eva and his professional rivalry with Swiss downhill legend Bernhard Russi.
“We discovered this very romantic, great love story,” says Schmied. “If you do a big epic sports bio, you have to have love in there somewhere. And not only did we have love in there, we had this very fragile, very romantic new love story of two young people almost from opposite worlds: he’s a boy from the mountains in Carinthia and she’s the daughter of a rich industrialist in Vienna.”
Recalling his initial pitch to Klammer and his wife, Schmied said, “We will tell the story of Franz Klammer; we will shine a light on this character and tell the audience who he is, but we will do all of that in a time span of five days.”
“They loved it. They were very positive about our approach to the story.”
Klammer’s astonishing achievement made him an international superstar, Schmied adds. “He was instantly famous in America too. He was in all the magazines. He was a real hero. They liked his approachable quality, they liked his boyish looks and they liked his spirit.”
Klammer’s immediate stardom occurred in a very different time, when the Olympics were a much bigger television event than they are today, Schmied notes.

“This was when there were only three networks in America and everybody watched it. Even people who weren’t interested watched it.”
In capturing the look of 1976 Austria, Schmied worked with cinematographers Xiaosu Han and Andreas Thalhammer to give the film a gritty vintage feel.
Schmied also found inspiration in Klammer’s own instinctive style while shooting the film. “I wanted to be in hot water. I wanted to feel like him, so I didn’t prepare all that much. I wanted to find the movie. I wanted to find my own line, for lack of a better word.”
To that end, he limited his shot list to action scenes and a couple of sequences. “Everything else, I tried to do from my gut, because I thought, Franz – I have to honor him in that way. Maybe I should do this movie from my gut because he does everything from his gut.”
“It was really invigorating for me,” he adds.
For the lead role, Schmied found the ideal young actor in Julian Waldner, who, like Klammer, hails from the Alpine state of Carinthia. “He’s a classically trained actor, he’s from Carinthia, he’s the right age and he can ski really, really well. I thought, is this too good to be true?”
Schmied had similar fortune with Valerie Huber, who plays Eva. While Huber has had leading roles in films, she had never done a part quite like that, he notes. “I had a feeling … and everything fell into place.”
Since wrapping production on the film earlier this year, Schmied has already shot another pic, “Love Machine 2,” a sequel to his 2019 hit comedy about a down-on-his-luck musician who finds success as a gigolo. The pic is set to hit theaters early next year.
Also coming soon is “Head Over Heels,” a romantic crime comedy about class warfare that Schmied shot in 2019 but whose release has been hampered by the pandemic.
Schmied’s next film, written with his wife, is an as yet untitled comedy about the startup scene in Linz that is set to shoot in May.
Via his Vienna-based Samsara Filmproduktion, which he runs with Loredana Rehekampff, Schmied also produced Magdalena Lauritsch’s upcoming science fiction thriller “Rubikon” (likewise lensed by Han and Thalhammer), about a space station crew that has to decide whether to return to Earth after a mysterious and highly toxic fog envelops the planet or remain safe aboard the self-sufficient station.
optional screen reader

The mindful eating hack that h

Meghan Markle got Prince Harry the most thoughtful anniversary gift

Joe Wicks defends himself after being accused of shaming mums for...