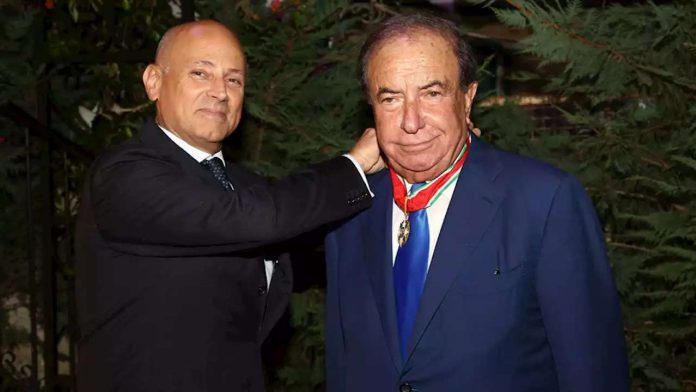 The founder of Italia Film was one of the first to begin operations in the Gulf and helped bring numerous films to the region.

Giuseppe Vincenti, a pioneer in the Middle East film industry who helped revolutionize distribution in the region, has died. He was 92.
His family confirmed the news to
The Hollywood Reporter
.
Vincenti launched Italia Film in Lebanon in 1962, turning it into one of the region’s biggest independent film distributors, and Disney’s key Middle East partner. He is credited with being the first to expand into the United Arab Emirates, now the Gulf’s most vibrant box office, and — more recently — Saudi Arabia, with Italia Film the first company to gain a film distribution licence after the ban on cinemas was lifted.
Vincenti got an early break at the 1970 Cannes Film Market, where he heard from the trades that former exhibition, distribution and production giant National General Pictures had announced a slate of major movies.

Hoping to get a meeting with its then president of
international
distribution, Bobby Myers, he was told he wouldn’t be free for a week. According to legend, Vincenti — worried that he’d lose out on a deal — claimed that he had an emergency matter back home and had to leave, and was invited for breakfast the very next day. It was here where he signed a deal that made Italia Film distributor to National General Pictures’ films in the Middle East. Myers was shocked to then bump into Vincenti on the Croisette several days later, realizing he’d been tricked.
Related Stories

These Are All The Shows Canceled In Netflix’s 2019 Bloodbath

The SCOTUS Strike Down Of Louisiana’s Abortion Law Is More Surprising...

Famous faces unite to raise money for Refuge with the OK!...