Home Woman Great British Bake-Off’ Haemorrhages Viewers as it Returns for Season 12 on... 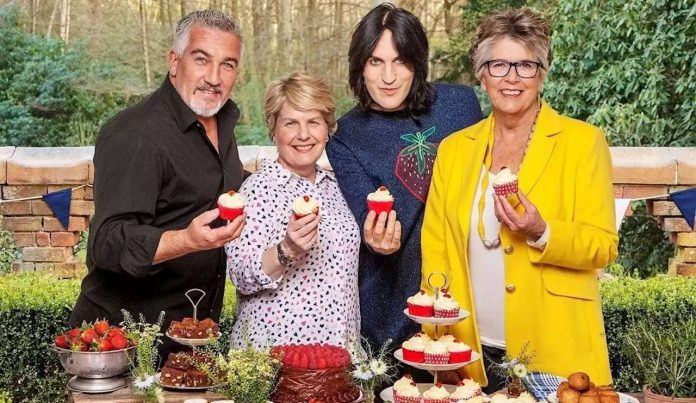 The latest season of Channel 4’s “The Great British Bake-Off” has gone down like a deflated soufflé with U.K. viewers. Season 12 launched on Tuesday night with an audience of only…

September 21, 2021
Despite the soggy start to the season, ratings wise, reviews of the show, which is now judged by Paul Hollywood and Prue Leith and presented by Noel Fielding and Matt Lucas, were generally positive, with The Guardian calling it “joyous TV” and The Independent saying it’s “amazingly not stale.”
The baking show, which is made by Love Productions, first launched on the BBC in 2010, hosted by Mel Giedroyc and Sue Perkins with Hollywood and Mary Berry judging. As it grew in popularity it moved from BBC Two to BBC One, spawning replicas including “The Great British Sewing Bee” and “The Great Pottery Throw Down.

In 2016, it was controversially announced that Love Productions was taking the hit series to Channel 4, having reportedly been offered £25 million ($34 million) — £10 million ($13.6 million) more than the BBC were proposing. When the show moved, only Hollywood agreed to move with it, with Giedroyc, Perkins and Berry deciding to step down.
The low ratings for the latest season come at a rocky time for Channel 4, with the U.K. government believed to be set

An expert answers all your potty training questions