Home Woman Silent Land’ Helmer on World’s Response to Migrants We Are Closing Our... 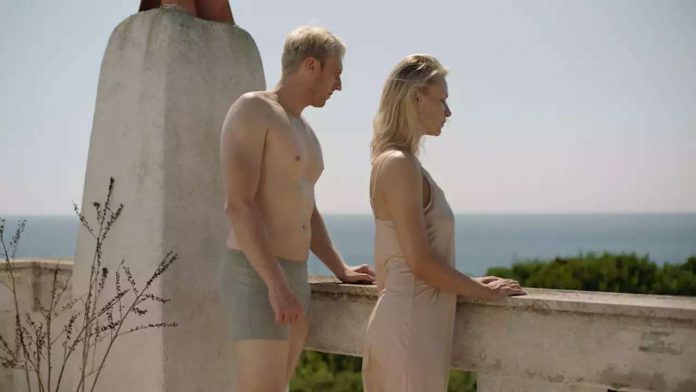 Polish filmmaker Aga Woszczyńska – together with co-writer Piotr Litwin – started to work on the script of her first feature film “Silent Land” in 2016, and notes that since then, her film – …

Zurich Film Festival
’s Feature Film Competition, is the second time Woszczyńska has focused on the same characters – played by Agnieszka Żulewska and Dobromir Dymecki – who also featured in her 2014 short “Fragments,” shown in Cannes Directors’ Fortnight.
“I needed more screen time to let the audience understand them and maybe to forgive them as well, especially Adam,” she says. “I wanted to defend this character and be proud of his change. He is the only one who understands his mistake and actually takes the blame. When they first see Rahim – standing on their balcony – it’s a metaphorical scene: We get to witness white people looking down on the person of color. He is unable to communicate in English, but it’s not his fault; that’s just the reality of this life. But Anna is not even making a single effort to try and understand him. I find this kind of dismissive behavior very cruel.”
The eclectic cast, featuring French actress Alma Jodorowsky, and Italy’s Elvis Esposito, Claudio Bigagli and Marcello Romolo, also scored the participation of Jean-Marc Barr, bringing back memories of his 1988 breakthrough.

“I was afraid he wouldn’t agree to play a diver again, so many years after the spectacular success of ‘The Big Blue.’ I was wrong,” says Woszczyńska, referencing Luc Besson’s drama and praising Barr as an “amazing collaborator.” “It was my dream from the very beginning to have him in the film.”
Next up for Woszczyńska is “Black Water,” supported by the Polish Film Institute. Inspired by the COVID-19 lockdown, it focuses on two women stuck on an island. She is also developing “White Fire,” which centers on men.
She highlights the achievements of other women filmmakers in Poland, such as Ola Jankowska, whose “Anatomy” premiered in Venice, and the upcoming drama “Other People” by Aleksandra Terpińska.
“I can’t really say it’s getting worse. I think it’s getting much, much better, with many more women making very interesting films in Poland.”
“Silent Land” was produced by Lava Films, Kino Produzioni and I/O Post, with world sales handled by New Europe Film Sales, also on board for “Other People.”
optional screen reader

Nobel Prize in Physics Awarded to 3 Scientists for Work on...