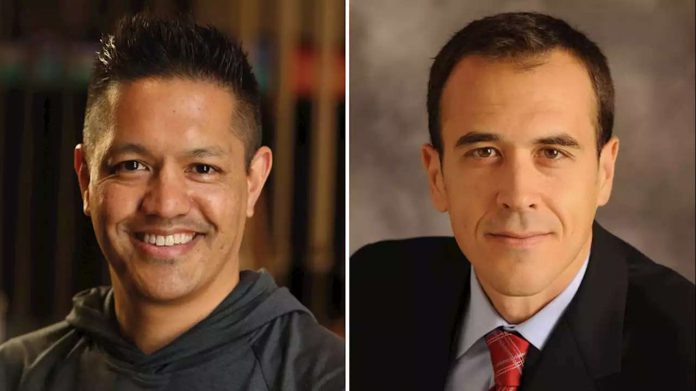 As the pandemic marches on, audiences are doubling down on streaming and still very hungry for their favorite genres of entertainment. At Variety’s Entertainment and Technology Summit presented by …

Entertainment and Technology Summit
presented by City National Bank from Sept. 22-23, industry experts will break down the impact of the continuing pandemic and other forces on viewing habits and content creation online.
Entertainment executives, creative talent and others will come together for two days to discuss strategies and developments that are creating new opportunities for film, TV, music, video games and other entertainment areas.
Over the past year and a half, many streamers have seen their audiences change in ways they didn’t expect.
“I’ve heard from many of my friends, their parents figured out streaming during the pandemic,” says Lisa Holme, group senior VP of content and commercial strategy for
Discovery
. “And so, coming from having spent the last decade in streaming where the core streaming viewers were generally in their 20s, 30s, 40s, in terms of heaviest viewers, I think it has now really expanded to 50s, 60s and up. That’s the adoption of streaming as a technology. That’s at least one way in which we’ve seen it play out.”
During the lockdown, sports fans have had a particularly hard time with many games canceled or rescheduled. That’s where innovative approaches attracted a lot of attention and found audiences looking for new ways to experience the content they love.
“Twitch really expanded after game-streaming content grew in popularity, and some of the most well watched e-sports today grew their fanbases and became the phenomenon they are now by initially streaming on Twitch,” says chief content officer Michael Aragon. “When the lockdown happened, all sports games were canceled so there was no competition for people to watch. Most e-sports competitions are a hybrid of IRL and virtual tournaments so when IRL tournaments were canceled, everything shifted to fully virtual. E-sports delivered during a time when people were hungry to watch competitions. We saw official e-sports tournaments like League of Legends shift to fully virtual, and Valorant debuted at the beginning of the pandemic. Valorant actually launched on Twitch via Twitch Rivals where viewers had to watch the stream to unlock the Beta key and now has flourished into one of the biggest and most popular games on Twitch.”
These changes weren’t just felt in the sports landscape.
“I think the pandemic that has accelerated the transition of the industry in a number of ways, in part, because it helped change consumer behavior but also, in part, because it coincided with the launch of a number of new services,” says Miquel Penella, president, streaming services,
AMC Networks
.

He is another panelist at the summit. “As we see it, what has happened is that while the first phase of digital was all about convenience. Now that convenience is expected, everyone is doing it. It is not a point of differentiation anymore. Meaning, the way that Netflix and Hulu and other early streamers transformed the industry was by teaching consumers or showing consumers that they could watch content, anywhere, at any time without commercials. They showed how to binge-watch it. They showed how they could start a show on one device and continue to another device. And that is something that really made them stand out, compared to the competition. So now it’s about relevance. It’s about what share of the consumer’s wallet is the service going to capture?”
While audiences were sheltering at home, news also became even more important. As updates to health guidelines continue to develop and change, that focus on news is still strong.
“News and information has been absolutely vital in a year where the country is navigating a pandemic, social reckoning and an intensely polarized political climate,” says Debra OConnell, president, networks, Disney Media & Entertainment Distribution, who will be speaking at the summit. “At the ABC-owned TV stations we met this challenge with additional long-form documentary programming and deeper-dive conversations that were leveraged across our stations and digital platforms.
“The ‘Our America’ docu-series has addressed the Black experience in America, Asian hate and women’s rights, to name a few. We regularly host town halls that invite leaders to participate in a conversation around these tough topics and more. That is a strategy we are committed to continuing.”
Panels at
Variety
’s summit include Storytelling in the Steaming Age, the Scene Stealers — Breakthrough Entertainment Innovations and Trendsetters: Succeeding in the Disrupted TV Industry.
Besides presenting partner City National Bank, MNTN, VeraMatrix, Wurl and Vizio are premier partners. Snap is an official partner, while Comscore, Trioscope and Yappa are supporting partners. The Wall Street Journal is a media partner.
optional screen reader