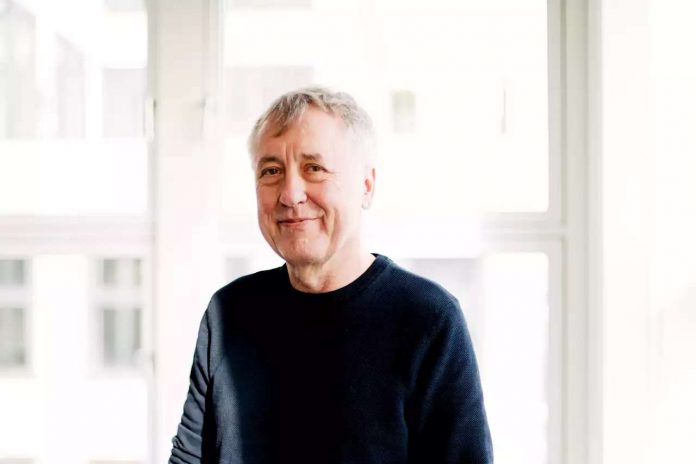 Hartwig Masuch discusses finding greater equality for artists, the chances of an IPO and why the company’s landmark deal with Tina Turner is only the beginning

Ahead of its blockbuster acquisition Turner deal, Masuch sat down with
Rolling Stone
to talk about the state of the music industry, BMG’s bid for more music assets, and the company’s doctrine of leveraging fairness to artists as a scarce commodity in a fast-changing business.
Does the music industry overall treat artists equitably?
No. But I don’t think it’s because of the bad intent of individuals; it’s that we deal with a historic behavior that was based on, “If you want to be a part of this market, you have to do what we say and agree to the terms we present to you.” Individuals in this business want to help artists, but the structure behind them says, “Why don’t we invent schemes to cut down on royalties and get more profit?”
More recently, the industry has talked a lot more about transparency and giving artists equitable deals. Do you think the shift happens if the industry had a choice?
No. We’re proud to introduce transparency as a structural, competitive element of doing business. It’s an absolute need to change. Big companies are slower than the smaller companies, and the bigger companies only move if it’s very necessary. It’s a competitive principle for BMG to be a company you can trust. I don’t just wake up in the morning being a principle do-gooder, I think it will become a massive competitive element to every relationship where you say to artists that you don’t have to fight to get what we owe you.
If the label system isn’t ideal for artists, why do so many who publicly criticize their labels stay or re-sign instead of going independent?
The artists you hear about in this case are very popular and already have a fair amount of leverage. They use that leverage. Artists can use their negotiation power like this to negotiate better terms rather than just get a bigger advance. For smaller artists, I think it again goes back to how the industry is structured. There are enough examples over the last 30 years of artists massively improving their deals, but that comes at the cost of not maximizing a potential advance.
But there are still plenty of advisors around artists whose main concern is simply getting as big an advance as possible because that defines their fee, and they don’t know if they’ll still represent the artist five years from now. They don’t care about rights reversions in 15 years. They can get the biggest advance they can, take their 15 percent and run.
As you sit between the majors and an independent route, what offering do you bring, particularly as services become a major selling point for artists?
We’re selling artists on a very honest representation of your creative works at a very reasonable price. It’s not a negotiation where we take whatever we can get and worry later.
We want to sit down with artists and have a rational discussion about the money needed to develop a global marketing strategy; the cost of capital for distribution.

Obviously, you can try without it and go completely on your own, but let’s face it, it’s a very complex world out there and at the end of the day, you need somebody to represent you, to maximize your income, to collect the income etc. It’s just not worth 80 percent of your income.
Have you considered an IPO given the lofty valuations of companies like UMG and WMG after they went public?
We’re a family-owned company, and the family is absolutely of the opinion that we don’t need to IPO to keep BMG in the game and well-funded. Obviously as management, we have those discussions with ownership and tell them we can create an incredible amount of currency to acquire more, but they say we can just ask and they’ll finance us more anyways.
If this were just your decision, you’d go public?
Well, look at what some of my colleagues have made when their companies go public. I’m very jealous here (
L
aughs).
No, but I would be pro-IPO. If you’re not transparent on the capital markets, the real value you create is not transparent. The Universal story is great because their EBITDA multiple is irrelevant for their appreciation. We’d be proud to say, “Guys, we’ve created incredible value over the last 12 years, and if we compare that to Warner and Universal and their appreciation, look what’s happening.”
When’s the last time you brought up an IPO with Bertelsmann?
Just over a week ago after the IPO. I told Thomas [Rabe, Bertelsmann’s chairman and CEO] we should maybe think about it. Bertelsmann obviously has a successful strategy of rearranging its portfolios so there’s no bottleneck right now. But that could change.
Like the rest of the business, you’ve grown more aggressive in the acquisition game as of late. Who are you courting?
There will be a very significant string of announcements over the next probably 10 days. We’ll probably have around five or six major announcements coming. We bought all of
’s music assets, and that will set the level of ambition here; every single one of those deals will be in that range.
You and KKR told
Rolling Stone
after your announcement you were prepared to spend into the billions, or as much as half a billion on one catalog if need be. Are those deals still the goal? What’s the timeline?
We don’t have limits on the capital. That isn’t clear. But the day may come where Pink Floyd could be on the market; they own their music. There are still plenty of catalogs where the artists very intelligently renegotiated for their ownership. Queen is owned by Queen. The Stones own most of their music. There will be deals of that dimension if those artists decide to bring them to the market, and we’ll be in those discussions.
In This Article:

Body of 10-Year-Old Girl Found Just One Day After She Goes...

Explosive UFO Report In NYT Mentions ‘Off-World Vehicles Not Made On...