Home Woman What Happens When 9 Norwegian Designers Are Paired With 9 American Retailers?... 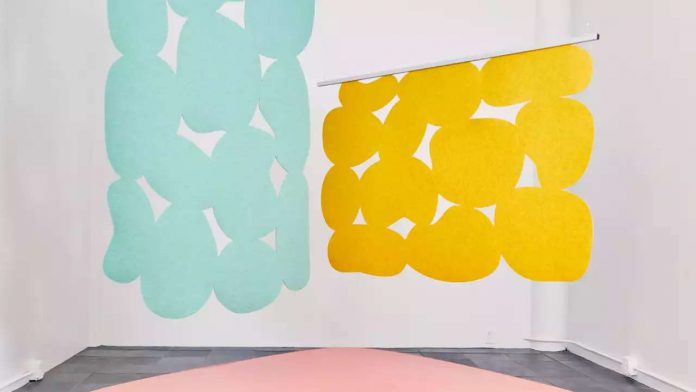 Call it diplomacy in design.

Norwegian Consulate General
, but the project has a new spin based on research conducted by Monica Khemsurov and Jill Singer (founders of the magazine) who discovered that the new generation of designers they polled wanted more than anything to be paired with American retailer. And so it was arranged: Nine Norwegian makers were paired with as many stateside retailers and tasked with creating prototype designs to be considered for production.
Clap Clap table by Stine Aas for Tortuga, a double-folding indoor table that can be positioned in three ways: fully folded to optimize storage space, partially opened in a half-moon shape to seat 1-2 people, or fully opened to seat up to 4 people.
Looking at the outcomes, which include tables, airy space dividers, lamps, and more, it’s easy to imagine all of these designs appearing in a catalog. No teak has been used in these projects, but in keeping with the broad codes of Scandinavian design, natural materials, organic forms, and sustainability have been taken into account in different ways. Nordic design, notes Khemsurov, “has an outsize appeal to the rest of the world,” that’s linked, she suggests, to its purposefulness, democratic values, and understated aesthetics. She observed that the new generation of designers retain some of those values, but at the same time have a “more global design sensibility.

InStyle is the leading site fo