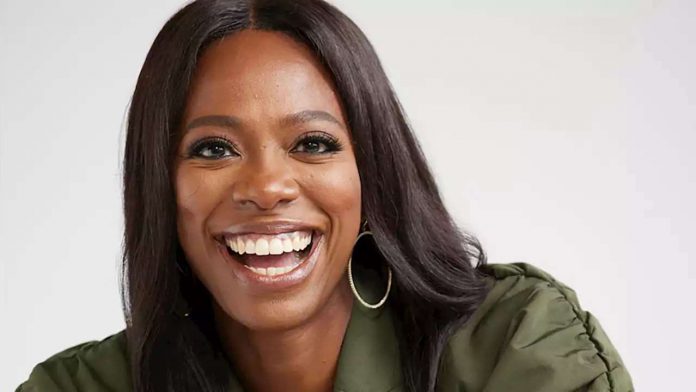 Amazon Prime Video announced that the comedy special “Yearly Departed” will return for its second special this December, this time hosted by Yvonne Orji. The new special will feature an all-female …

Katie Song
Courtesy
Amazon Prime Video announced that the comedy special “Yearly Departed” will return for its second special this December, this time hosted by
Yvonne Orji
.
The new special will feature an all-female lineup of guests to be announced at a later date. They will bid farewell to the trends we are leaving behind in 2021, including hot vaxx summer, hermit life, ignoring the climate crisis and Zoom.
“In my career, I’ve been fortunate to work on a show that was created by Blacks, for Black characters, and now, I get to host a special that was written by all women, featuring a lineup of incredibly funny female comedians, directed by a talented female director and produced by a group of amazing female producers. I guess lightning can strike twice,” said Orji.
“Yearly Departed” is from Amazon Studios, Done+Dusted and Scrap Paper Pictures. The special is executive produced by Rachel Brosnahan, Paige Simpson, David Jammy, Katy Mullan, Samantha Ressler, Nathalie Love and Bess Kalb, who also serves as head writer. Linda Mendoza returns as the director.
Also in today’s TV news roundup:
FIRST LOOKS
Narcos: Mexico
,” premiering on Nov. 5. The crime drama, a companion series to “Narcos,” is set in the ’90s and examines the illegal drug trade in Mexico after “Narcos” focused on Colombian illegal drug trade. Season 3, which is 10 episodes long, follows the war that breaks out after Felix Gallardo (Diego Luna) is arrested. As newly independent cartels struggle to survive political upheaval and escalating violence, a new generation of Mexican kingpins emerge. In the trailer, clips are shown of police break-ins, extravagant mansions and large-scale shootouts. The drug trafficker of the new season’s focus appears to be Amado Carrillo Fuentes, who is identified in the trailer as “the most powerful trafficker this country’s ever seen.” New cast members include Luis Gerardo Méndez as Juarez cop Victor Tapia, Alberto Guerra as independent drug trafficker Ismael “El Mayo” Zambada, Luisa Rubino as young journalist Andrea Nuñez and Benito Antonio Martínez Ocasio AKA Bad Bunny as Arturo “Kitty” Paez, a member of Ramon Arellano Felix’s gang called the “Narco Juniors.

Nikki and Brie Bella Share Update on Their Mom After Her...