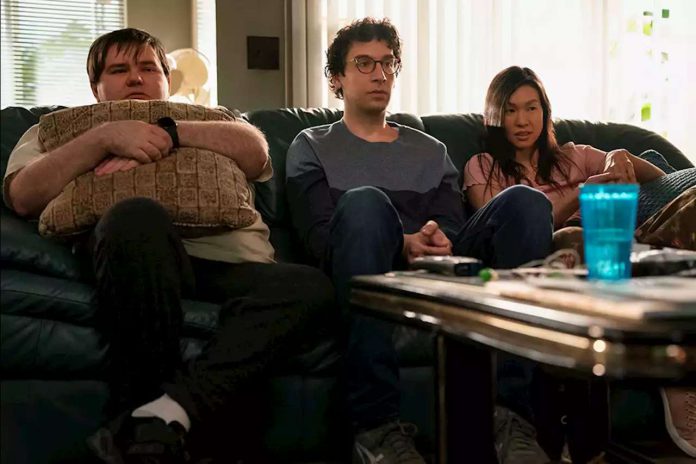 Amazon Prime Video has revealed the upcoming Jason Katims series will be titled As We See It and released three first look photos. The series tells the story of 20-something roommates on the autism…

As We See It
and released three first look photos.
The series tells the story of 20-something roommates on the autism spectrum, Jack (Rick Glassman), Harrison (Albert Rutecki), and Violet (Sue Ann Pien), as they strive to get and keep a job, make friends, fall in love, and navigate a world that eludes them. With the help of their families, aide, and sometimes even each other, these roommates experience setbacks and celebrate triumphs on their own unique journeys towards independence and acceptance.
The series also stars Sosie Bacon as their aide “Mandy,” Chris Pang as Violet’s brother “Van,” and
as Jack’s father “Lou.

Amazon Prime Video
Katims serves as showrunner, writer, and executive producer, with Jeni Mulein and Danna Stern also executive producing. Jesse Peretz directs and executive produces the first episode. Based on an Israeli format, As We See It comes from True Jack Productions, Universal Television, a division of Universal Studio Group, Israel’s yesStudios, and Amazon Studios.
No premiere date has been set as of yet.
Subscribe to
and keep your inbox happy.
Read More About:

The 20 Best Photos Kate Middleton Has Taken of Her Kids

Rihanna Is Working With The Neptunes on Her New Album

Don Cheadle Pleads With White Friends and Colleagues ‘Get on the...