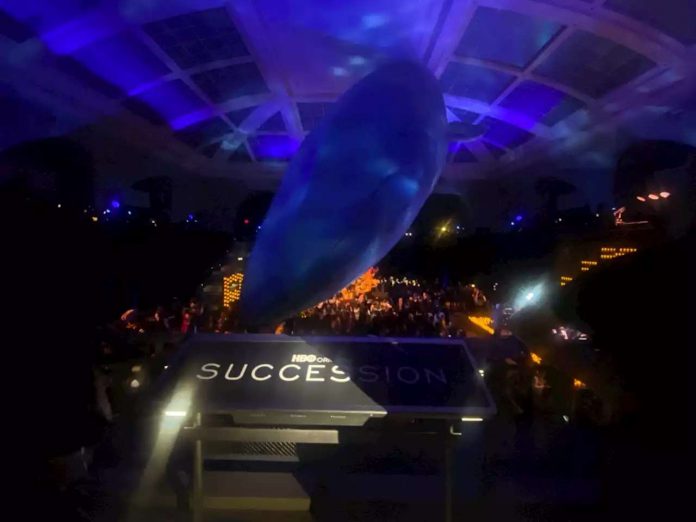 Casey Bloys, head of content at HBO and HBO Max, said Tuesday that he could no more name his favorite HBO show than chose a favorite child. However, he told a crowd at the Museum of Natural History…

‘Succession’ Season 3 premiere party
Jill Goldsmith
HBO
and HBO Max, said Tuesday that he could no more name his favorite HBO show than chose a favorite child. However, he told a crowd at the Museum of Natural History: “I will tell you if you have kids this is kind of like a very bright, very gifted, very attractive child who goes to an Ivy League school and does cancer research and falls in love with someone from a very wealthy family, and wants to spend every weekend with you, and maybe name their kid after you. So no favorites, but a very, very nice child to have.”
The crowd at the Imax theater at the New York landmark roared approval as they settled in to watch episode one, season three of the acclaimed series with striking theme song by Nicholas Britell that debuts Sunday after a two-year hiatus. It shot during Covid, finishing up in Florence, Italy. “I really think when a show is going well it’s a bit like a Renaissance city — and this isn’t a joke, this is premium drama wisdom — you get this confluence of talent working together and everyone elevates each other and tries to be the best and is impressed with each other” and the whole is greater than the sum of the parts, said creator, executive producer and showrunner
.

Heidi Klum Gets Cheeky in a Th