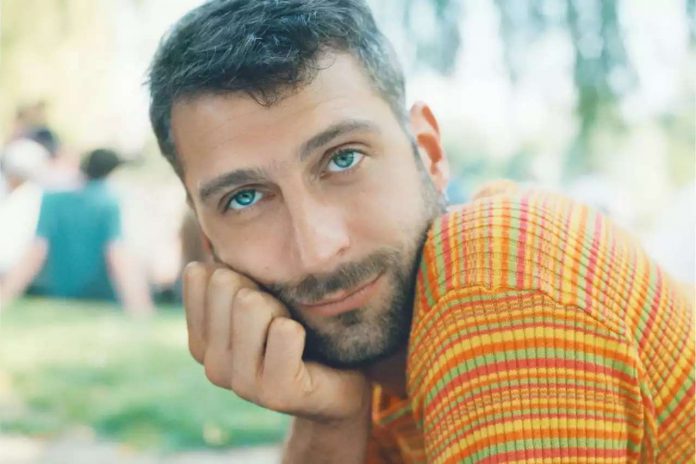 The Berlin-based photographer delves into his debut photo book, Nice

The text on the back of Berlin-based photographer
Mark Peckmezian
’s debut photobook
Nice
invokes the “state of perpetual becoming” that so succinctly defines that which is captured in a portrait. Written by his friend, fellow photographer Charlie Engman, the blurb muses on what it is to be seen. The faces that made it into Peckmezian’s book – after a brutal-sounding selection process with close collaborator Jop van Bennekom during the edit – peer out from the pages, posing just this question: who are we, when we are captured in an image?
It is this philosophical approach to photography that first enticed Peckmezian, who cites “the classics, like William Eggleston” as his photo heroes. From the beginning, photography just meant portraiture to Peckmezian – he never expected to become as embedded in the fashion industry as his work is now. With a client list that includes Gucci, Hermès and Bottega Veneta, he creates images for brands who understand that the pull in Peckmezian’s work is that he understands human desire. After all, we all just want to be seen.
“The ideal portrait, in my mind, is utterly simple, but with all the details tuned right,” he says. By this standard, each portrait in
Nice
is just right. Cutting down some 500 selects to 115 was a process Peckmezian describes as extremely painful. Becoming attached to certain people he’d shot, designer and editor Jop would have to pry the photographer away from their images, citing the sake of the book as a whole. What remains shows a community of hauntingly intimate portraits of strangers. They could be your neighbour, an in-law or just a passer-by. Here, Peckmezian tells us about the process and his work, in his own words.
Nice by Mark Peckmezian
“What attracts me to a subject? I’ve been trying to figure that out for a long time. Finding the answer to this question partly motivated the book and it was my attempt to resolve the answer. I don’t think there are specific facial features that interest me per se but I do find myself most strongly attracted to a specific state of mind. I think a lot about how unstable our identities are: the error and mistranslaton between our self-perception, our attempts to project a persona and how we are received by others.

At every stage we possess blindspots. I think we traditionally think that it is in those blindspots that our vices lurk, but what happens when the qualities in our blindspot are not our vices but our virtues? The people I am most excited about are the ones who I feel are, well, greater than they seem to know they are.
“I started shooting this project four years ago and shot maybe 1,200-1,500 people … I shot them everywhere, anywhere. Wherever I was travelling for work, I would add a few days to find people or I would travel to cities just for that purpose. I used to dream of being able to photograph some of the people I would see out, but considered it forbidden or unachievable, a fantasy. I’m too shy to approach people by myself. I have a stutter and am not the best salesman for my own work. Working in the fashion industry taught me how to collaborate with others, how to find people who are better than you at specific tasks and work with them. I eventually had the idea to hire an assistant to ‘outsource’ that aspect of the project.
Nice by
Photograph by
Mark Peckmezian
“My process developed therefore in that I usually get a friend – or a friend of a friend – who is local to the city I’m working in, to act as a casting agent, and as a sort of producer and guide. We walk around together, I select people, and they approach the person and tell them about my project. I usually have a photo assistant too, helping me with film loading and lighting. We would spend the whole day having gigantic conversations about people and photography, and those conversations influenced who and how I would shoot.
“Calling the book
Nice
was Jop’s suggestion and slowly grew on us. I like it because that word is so slippery and ambiguous. It’s not clear whether it is an affirmation or criticism. It has an unstable meaning, which felt appropriate for a book full of portraits of people without a fixed identity.”
Nice

Will There Be a Season 2? Everything to Know About Netflix’s...