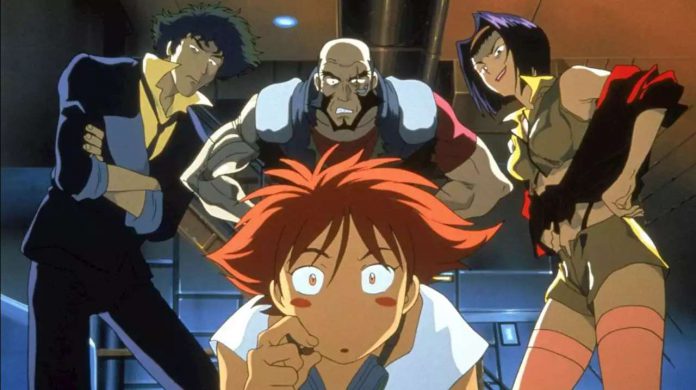 Starting October 21, all 26 episodes of space western action-adventure series Cowboy Bebop will be available on Netflix as the streamer has acquired the rights to the original anime. This announcem…

Hacker Edward, and a genetically engineered Corgi named Ein, join them later in the series.
The original voice actors for the animated series return to
Cowboy Bebop
to provide a Japanese language dub for the live-action series, which premieres on Netflix on November 19.
John Cho
stars as Spike, Mustafa Shakir is Jet Black, and Daniella Pineda is Faye Valentine.
The live-action series is directed by Alex Garcia Lopez and Micheal Katleman, with André Nemec serving as executive producer and showrunner.
News was first reported on

Eva Mendes Replies to Person Who Claimed She ‘Had Work Done’

Why the 2020 Emmy Nominations Indiciate There Is Coronavirus Pandemic Special...