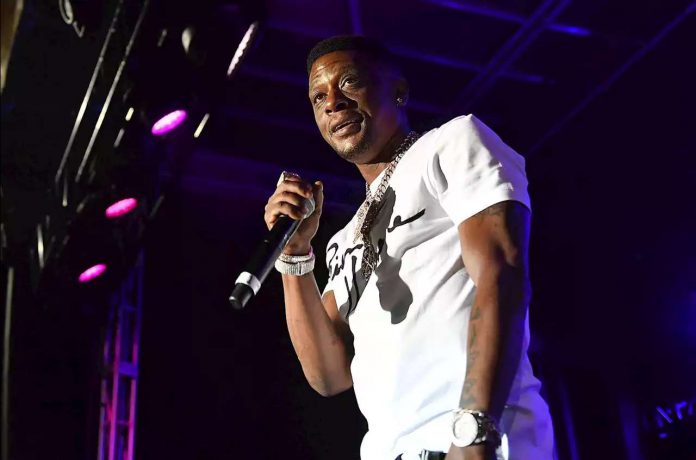 Lil Nas X addressed the idea of making a song with Boosie Badazz, who responded with a vile, homophobic tweet.

to write
,”i am truly saddened. i have never been so mortified in my life. i can’t believe disney channel has yet to play halloween town this entire october.”
“Discrimination around sexuality and gender identity is still very real, and our community deserves to feel supported and totally free to be themselves,” Lil Nas X said in September, when he was honored by The Trevor Project, which provides crisis intervention and suicide prevention resources for LGBTQ+ youth.”I often get messages from fans telling me about their struggles with depression and suicidal thoughts, and it made me realize that this was something bigger than myself. If using my voice and expressing myself in my music can help even one kid out there who feels alone, then it was all worth it.

Lil Nas X & Jack Harlow Celebrate ‘Industry Baby’ Hitting No. 1 on Hot 100: ‘Buckle Up’
Boosie Badazz has talked negatively about Lil Nas X a number of times over the past several months. In September, Lil Nas X implied the comments did not affect him.
“I was listening to Boosie in the club the other day. I don’t really care. Honestly, I wish they didn’t say it, I guess,” Lil Nas said of the”Nasty, Nasty” rapper during
on
The Breakfast Club
.”But I like the music, I’m gonna listen to the music. If somebody got beef with me, that doesn’t mean I got beef with them.” Asked if he would consider replying to the hateful messages, Lil Nas X had noted,”Only if I have something really witty.”
In July, Badazz defended

Zoe Kravitz Calls Out Hulu For Lack Of Diversity After High...