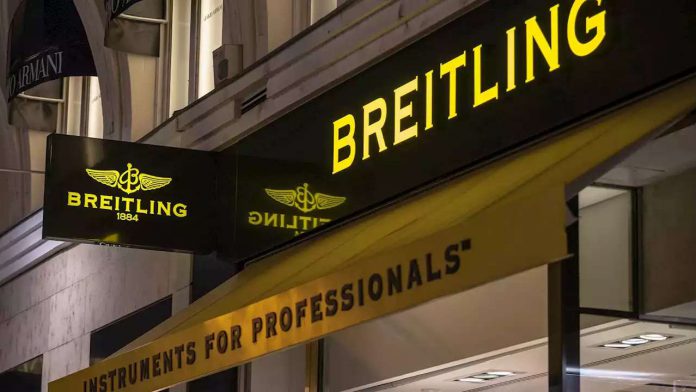 Reuters
October 26, 2021 16:48
Partners Group Holding AG agreed to buy a stake in Swiss watchmaker Breitling SA from CVC Capital Partners.
The investment firm will own a “significant” minority stake and will help CVC accelerate Breitling’s growth, the companies said on Tuesday. No financial terms were disclosed.
Bloomberg News
reported last week Partners was close to an agreement to buy 25 percent of the watchmaker.
Breitling, known for its aviation-themed timepieces, is one of the larger Swiss watch brands that’s still independent. Most others have been acquired by competitors such as Swatch Group AG, Richemont, LVMH and Kering SA. The investment would value Breitling at about 3 billion Swiss francs ($3.3 billion), people familiar with the matter had told
Bloomberg
.

Partners Group co-founder Alfred Gantner will join Breitling’s board. Boston Consulting has forecast luxury watch sales will increase at an average rate of 6 percent through 2024, with most of the growth coming from China.
CVC bought a majority stake in the watchmaker in a 2017 deal valued at more than €800 million ($928 million).
Breitling traces its roots back to the work of watchmaker Leon Breitling in 1884.
Learn more:
Though direct-to-consumer is becoming much more important to watchmakers, Breitling CEO Georges Kern is spreading investment across several channels, rebalancing store networks and refusing to give up on trusted third-party retailers.
In other news

30 Days Out Here’s Every Date You Need to Know Ahead...