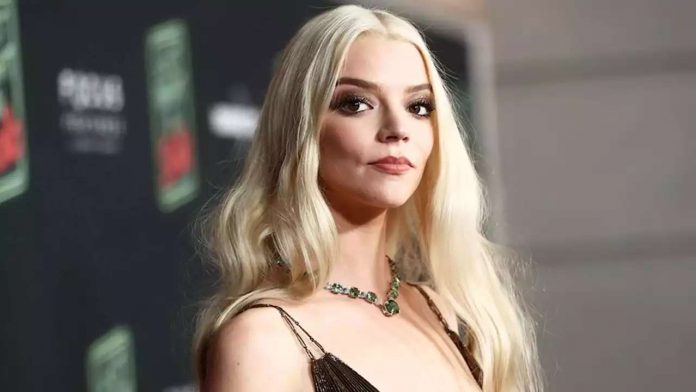 The actor breaks down one of the film’s signature scenes and reflects on early conversations with her upcoming ‘Furiosa’ director George Miller.

Last year, Taylor-Joy was cast in George Miller’s
Mad Max: Fury Road
prequel,
Furiosa
, as the eponymous lead character, and even though they’re still in the early stages, she’s already impressed by Miller’s unique sensibility.
“Even at this stage in the process, working with him is like going to university,” Taylor-Joy shares. “I love the conversations that we have. I love the way that we talk not just about the character but the story as a whole. I adore him already, and I haven’t even met the man in person yet.”
In a recent conversation with
THR
, Taylor-Joy also reflects on mirroring McKenzie, as well as an elaborate dance sequence the two shared with co-star Matt Smith.
Your list of illustrious collaborators keeps getting longer. With that frame of reference in mind, what is Edgar’s superpower among that group?
Wow, the amount of references he has both in music and in film. But also, he directs in beats, and as an actor who started off as a dancer, I see my scenes in beats. And being able to collaborate with somebody who spoke the same language as I did in that way was wonderful. Truly.
Thomasin McKenzie stars as Eloise and Anya Taylor-Joy as Sandie
Courtesy of Focus Features
For the many reflection shots involving you and Thomasin [McKenzie], did the two of you basically learn choreography to mirror each other in that way?
Yes, we had a wonderful choreographer called Jennifer White, but she kind of let us lead it.

It was almost about becoming each other, and what’s beautiful about that is both Thomasin and I like to be quiet, very quiet sometimes. And that’s the meditation that you have to get into in order to be able to anticipate someone’s movements before your own and having that very still and yet, buzzing-with-energy connection between the two of us. That was something that I hadn’t experienced before, and it was so much fun to do.
The opening dance number was also incredible as you and Thomasin kept switching in and out. Was that quite the process to put together?
Yes and no. We were genuinely like little kids after every single take. We would rush to the monitor and say, “Oh my gosh! We pulled it off. This is incredible!” The behind the scenes of that is almost better than what’s in the movie because it’s quite funny seeing how we managed to be where we had to be for the perfect moment. And it’s not only a dance between Thomasin, Matt and myself; it’s also really a dance with the camera. At one point, our director of photography [Chung-hoon Chung] jumped in with some lights and that’s when it was pretty wild. Having four people move that quickly around each other was pretty extraordinary.
Director Edgar Wright and actor Anya Taylor-Joy
Courtesy of Parisa Taghizadeh/Focus Features
We’ve talked before about your filmmaking aspirations and how you treat each set like

58 Editor-Approved Beauty Products You Can Score at This Year’s Nordstrom...

‘Yesterday’ Is A Charming But Empty Look At A World Without...

You Hate to See It Wide Belts Are Back With a...