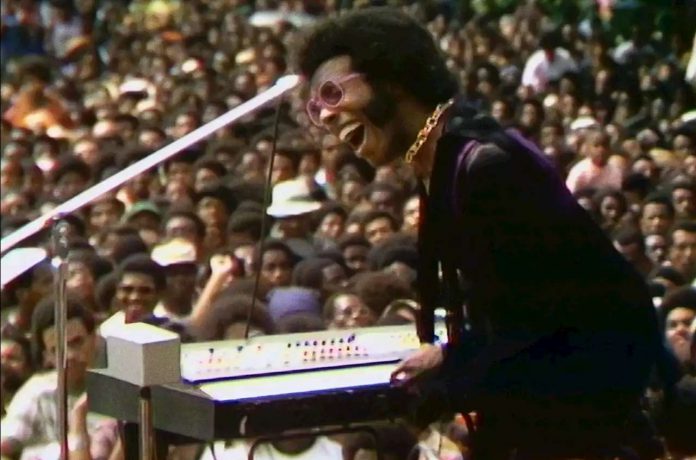 Ahmir “Questlove” Thompson’s ‘Summer of Soul’ won all six categories in which it was nominated at the 2021 Critics Choice Documentary Awards.

Click to copy
Mass Distraction Media/Courtesy of Sundance Institute
A still from Summer Of Soul (Or, When The Revolution Could Not Be Televised) by Ahmir”Questlove” Thompson, an official selection of the U.S. Documentary Competition at the 2021 Sundance Film Festival.
Questlove’s documentary won in all six categories it was nominated, including best documentary feature, the top prize of the night.
’s
Summer of Soul
won all six categories in which it was nominated at the 2021 Critics Choice Documentary Awards, which were handed out Sunday (Nov. 14) in Brooklyn. The film, which premiered at this year’s Sundance Film Festival, features footage, largely forgotten and unseen for 50 years, of the 1969 Harlem Cultural Festival, featuring Nina Simone, Sly and the Family Stone, Stevie Wonder and more.
Among the film’s awards haul was the trophy for best documentary, the top award of the night. In his speech, Questlove said, “This is hands down the best night of my life.” Going into the ceremony, Questlove’s
Summer of Soul
was tied for the most nominations with fellow first-time director Jessica Kingdon’s
Ascension
, which went home empty handed.
Summer of Soul’s
sweep began early in the ceremony when it won the first award of the night for best first documentary feature. “I’ve been in this industry for 30-plus years and I always thought celebrating something was a weakness. When my first album came out or when my first book came out or my first day of teaching class, I sort of just pushed it to the side like it was nothing. I’ve learned that it’s safe to celebrate an achievement so how ironic that this new journey in my life starts now,” Questlove said in his first acceptance speech.

Artist Mentioned
Marilyn McCoo, Billy Davis Jr. Enter New Career Dimension with ‘Blackbird,’ ‘Summer of Soul’ & Second Hollywood Star
Summer of Soul
also was named best archival documentary. Questlove kicked off his second speech with, “This isn’t awkward at all.” The film also went on to win best music documentary and best editing, the latter of which Questlove presented, giving out a little shout of excitement before announcing the winner. Questlove also tied for best director alongside Elizabeth Chai Vasarhelyi and Jimmy Chin for
The Rescue.
The best director award was presented by Dana Delany, who called Questlove the MVP of the night.
Before the awards, Questlove told
The Hollywood Reporter
that a win would be a “cherry on top” of the effort that went into the film.“There’s a lot of hard work that went into this and to see something in fruition after 50 years of a stalled car would be rather sweet,” he said. When asked what he hopes viewers take away from the film, his answer was simple: “joy.” “This is probably definitely one of the happiest documentaries that I’ve ever seen, even though I’m a part of it,” he said. “To see it is something to behold.”
The Rescue
, which went into the night with five nominations, won two more awards, for best cinematography and best score. Fellow five-time nominee, Liz Garbus’
Becoming Cousteau
, won best science documentary. Edgar Wright’s
The Sparks Brothers

Why you can NOT turn a blind eye to a Polish...