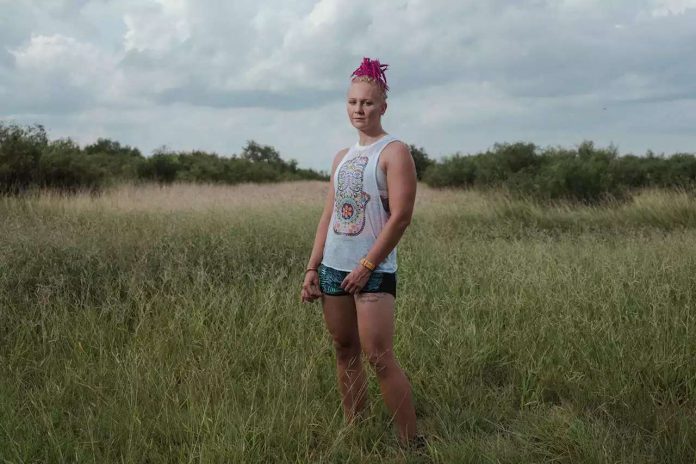 After years locked away for leaking classified information on Russian interference, the former NSA contractor has a lot to say about how she got there

, like specific advice not to contact the outlet either from work or by email — contributed to her arrest. (Greenwald, who was not involved in reporting the story, resigned from
The Intercept
in 2020, accusing the outlet of censoring an article critical of Joe Biden’s son, Hunter.)
Like
Chelsea Manning
, Winner says she’s been surprised by what she views as a cynical change in Greenwald’s public persona. Greenwald, she says, is “addicted to negative press…He’s willing to have whatever message is going to generate the most attention… Glenn isn’t the problem, he’s a symptom, and they’re all going to wind up like him.” (She adds: “If Glenn Greenwald has anything to say to me, he’s more than welcome to get his ass on a plane and come back to the United States and tell me face to my face how stupid he thinks I am, but he knows better than that. He wants to hide out in Brazil on his private beach or whatever.”)
Reached by email, Greenwald said, “The only point I ever made about
is that even if
The Intercept
had acted responsibly, Reality Winner would have been caught anyway — not because she’s ‘stupid’ but because the US government has created such a pervasive surveillance system that it is very difficult for any inside source to evade detection if the government is determined to find them.” (He added: “I’m not ‘hiding out’ anywhere. I live in Brazil because my husband and children are Brazilian and at the time we married, Bill Clinton’s Defense of Marriage Act prevented us from getting immigration rights to live in the US. I’m in the US frequently.”)
Greenwald, Winner says, “used to represent integrity in journalism, and a lot of
The Intercept
people used to.” After her experience these last four years, she is much more cynical about both, particularly the outlet she leaked to.
“I wasn’t the first source that they burned and I definitely wasn’t the last — two other people have done prison time [due to] them being extremely sloppy,” Winner says, referring to Daniel Hale, sentenced to 45 months in prison earlier this year after he pled guilty to leaking documents about the U.S. military’s drone program, and Terry Albury, sentenced in 2018 to four years in prison after leaking documents concerning the bureau’s use of informants. “Every time one of their sources goes to prison, that’s another headline for them. That’s how they stay relevant — by burning sources, instead of the journalism that they once believed in.”
In a statement, Betsy Reed, editor in chief of
The Intercept
, said, “As we’ve acknowledged before, in preparing the story on Russian election interference in 2017, we made errors in the course of verifying a document that came to us anonymously. We honor her courage and feel awful about what she went through… We have learned from Reality’s case and we work hard to minimize the risks whistleblowers face.” Separately, Reed said she wasn’t aware of any evidence that
The Intercept
had made missteps in its reporting in either Hale or Albury’s cases.

Reflecting on her own situation, Winner says, “They made a huge mistake with me, and not just because I went to prison. I knew what I was doing, I faced the consequences. That’s fine. It’s their attitude towards it. It’s the sloppiness… I have a lot of bitterness in my heart towards them.”
Over her four years in prison, Winner says she was abused by a female prison guard, developed and kicked a drug habit, and contracted and recovered from a case Covid-19. The night she was finally released, she couldn’t sleep. ”It was the first time in four years that I have been in a room by myself at night, or been in a room that got dark at night.” Instead, she stayed up on the phone with her high school boyfriend, just listening to him play video games. “I just couldn’t handle being alone,” she says.
For now, Winner is more focused on rebuilding her life than reliving the past six years. She hasn’t watched the documentary about herself or accepted invitations to see the Broadway show that was made out of the transcript of her FBI interrogation. Her sister and lawyer were on Full Frontal with Samantha Bee earlier this year. She tried to watch, but she says, “I had a physical reaction to it — I started shaking really bad. Whenever I see a news clip about me or read something about me in the third person, I still have a really, really traumatic response to it.”
Instead, Winner is taking comfort in the relative anonymity of life in Kingsville, the tiny South Texas town where she grew up​. “No one in my hometown recognizes me,” she says. There are a few exceptions — the father of a high school classmate (“He knew my story — he was thankful for the political shit or whatever”), and a neighbor who recently dropped off a bale of hay as a “thank you” for everything she did.
“There’s a little bit of support, but it’s just another example of how Twitter bubbles are not real,” Winner says. In Kingsville, “I can walk around and be completely anonymous.” When she spoke to
Rolling Stone
last week, Winner said she was hoping, once her ankle monitor was removed, to apply for a job at a CrossFit gym in town. “They are looking for a coach,” she says. She hasn’t told them about her past, and if they recognized her name they didn’t comment on it. “I didn’t want to be like, “Oh yeah, I’m a felon on an ankle monitor,” she says. Instead, she told them: “I’ll be in town next week and I’ll be able to stop by and just see if I’m going to be a good fit for the gym.”
UPDATE 3:39 PM
: This story has been updated to note that
The Intercept
disputes Poitras’ claim that she had been fired and to remove an erroneous reference about Winner requesting the transcript of a podcast about Russian interference.
In This Article:

Selena Gomez takes savage swipe at her famous exes as she...