Home Woman So We Caught Up With Yassify Bot 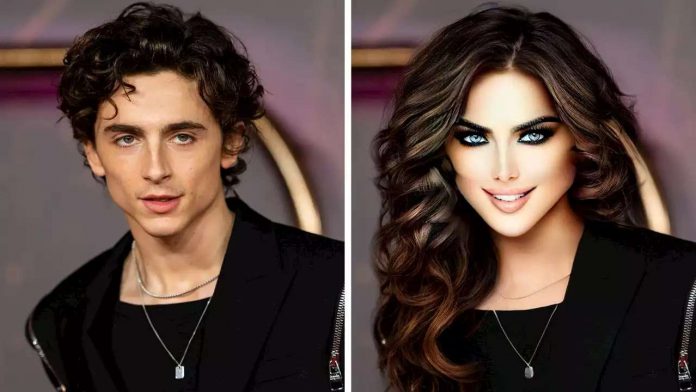 Behind every AI filter, there are human fingers.

If you’re extremely online, you’ve definitely seen the “yassification” trend — and, if so, the words “Yassify Bot” will surely ring a bell.
For the last few years,
Instagram filters have been altering the way we think about beauty and makeup
. Yassification takes that one step further (or, maybe more like one hundred steps) by oversaturating images with FaceApp filters to exaggerate the “beauty” features to the extent of becoming unrecognizable. Lashes, contour, highlight, lipstick, long hair… you name it, FaceApp has it.
The term ”
” has been circulating in LGBTQ+ spaces on social media since 2020. However, it wasn’t until a still of Toni Colette in
Hereditary
received the yassification treatment that the meme aspect went mainstream, spreading mainly on TikTok and Twitter. In the last few weeks, Twitter user
has really milked the trend —
potentially
to its last drop.
The account, whose bio reads “not a robot I just bought a month of faceapp pro,” has racked up over 130,000 followers since posting its first yassified edit on November 13. (It was of President Biden and Vice President Kamala Harris if you are wondering.)
Twitter content
View on Twitter
The Yassify Bot account is run by 22-year-old nonbinary art student Denver Adams. Adams might be based in Nebraska, but their blurred face edits are reaching the entire world. Before a new trend emerges — and you know some are already starting —
Teen Vogue
spoke with Adams about the ins and outs of the yassification trend and their views on beauty filter culture.
Teen Vogue
: What is the appeal of this “yassify” trend?
Denver Adams:
Honestly, your guess is as good as mine. It’s one of those things that I think, anything that has some sort of ridiculousness to it can be funny. And I think the more ridiculous it is, the funnier people find it.
TV:
That’s kind of the case with most memes and trends these days. People just want to be entertained.
DA:
Yeah, definitely.
TV:
I guess one part of it would be that it’s a laugh, and also it’s pretty much just beauty filters to the max. It’s going on FaceApp and going 0 to 100, real quick.
DA:
Yeah, that’s all it is. All it is, is just me putting it into FaceApp and putting as many of the beauty filters on — or, I guess, what FaceApp deems to be beauty — onto these images and cranking it up to 100, layering it. I’ll put it through the same things five times. Whatever makes it to the point of ridiculous.
TV:
You use the word “ridiculous” a lot. How do you feel about the filter culture that we’re in, where everything’s so saturated with filters? Does that tie into the ridiculousness?
DA:
I don’t know if there’s a deeper meaning behind this meme trend, but if I had to theorize it, it would be that it’s kind of making light of how ridiculous this AI technology is, how smart it is, how it’s able to read faces and completely retouch them into something so artificial with a click of a button, within one second.

I don’t know if that’s a scary thought, but it makes a joke out of it which I think is funny. I would say that it’s satire.
Twitter content
TV:
You made this account very recently. How did you come across the trend in the first place?
DA:
I just hopped on a bandwagon. Since FaceApp got popular, probably like a few years ago, I’ve seen different things blow up of gender-swapped celebrities. Who doesn’t want to see what they look like gender-swapped or with this filter on? It’s kind of like Snapchat filters, you know? Everyone wants to try it. Then I saw that meme of Toni Colette from
Hereditary
go crazy on the internet, and I think it re-triggered people to want to see what they look like too with all that makeup. Even though it was funny, they were like “okay, I kinda wanna see what I look like though.”
Twitter content
View on Twitter
You can’t really do any of the intense beauty edits without the pro version of the app, which, like, who the hell wants to buy an app subscription? I don’t. But I wanted to see what I looked like and my friends also were like “someone yassify this.” So I was like, I’ll be the one to pay the $5 for one month, so I can provide this service for everyone for a few days while it’s funny. Considering I never buy pro versions of apps, I was like “how can I maximize this purchase to the max?” I started the account after I bought the pro version and was seeing all the things I could yassify. I study art history in school, so I was putting all these classic art history portraits into the app. I thought they were hilarious.
Twitter content
View on Twitter
I didn’t want to be annoying on my real Twitter, which has like 200 followers, so I made a new one specifically for that. I just started doing it, and people started seeing them and I had one blow up. It was Charles II of Spain or something. From then, I started getting 1000 likes, then 5000, then I got hundreds of requests. So I just started doing people’s [requests] being like “alright, people wanna see it.” It’s kind of like the same thing as my friends, they’re not willing to buy the pro version of the app, but I already did so… Someone’s gotta do it.
TV
: So you’re the one in the friend group who buys Netflix and then everybody else just jumps on your account.
DA:
That’s actually very true. At least when I’m employed and I have a good job situation at the time, I have been the one to share the HBO Max password.
TV

LVMH Pulls Out of 16 2 Billion Deal with Tiffany Co...