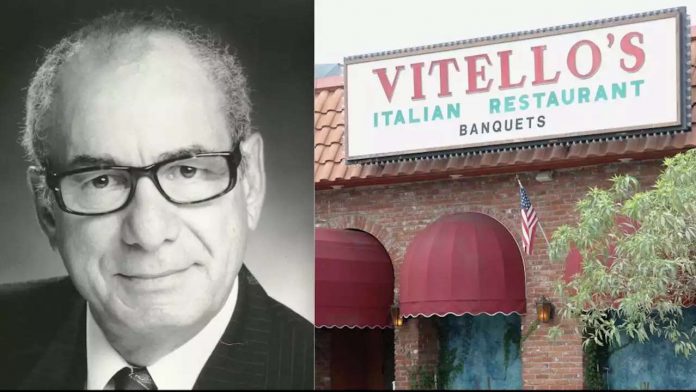 Steve Restivo, an actor seen in Pretty Woman, The Princess Diaries and more, who also formerly co-owned Vitello’s Italian Restaurant in L.A.’s Studio City, has died. He was 81. His son,…

Nowhere Man
.
He and his brother Joe Restivo had owned Vitello’s for nearly 30 years prior to the murder of
— the second wife of Emmy-winning
Baretta
actor Robert Blake — outside of the restaurant in 2001, which gave the eatery a new kind of notoriety. Blake was charged with Bakley’s murder in 2002, along with solicitation of murder, conspiracy and special circumstances of lying in wait, but a jury found him not guilty of the crimes in 2005. And though Bakley’s children brought a wrongful-death suit against Blake shortly thereafter, her killing officially remains unsolved.
In the aftermath, the restaurant saw a huge increase in customers, becoming a stop on tour-bus itineraries and earning frequent mentions on TV. Restivo also was interviewed about the high-profile murder case on such TV programs as
Dateline

Thigh Chafing Is Hell Here’s How To Deal With It This...

A Brief Interview With a Man Who Takes Majestic Photos of...