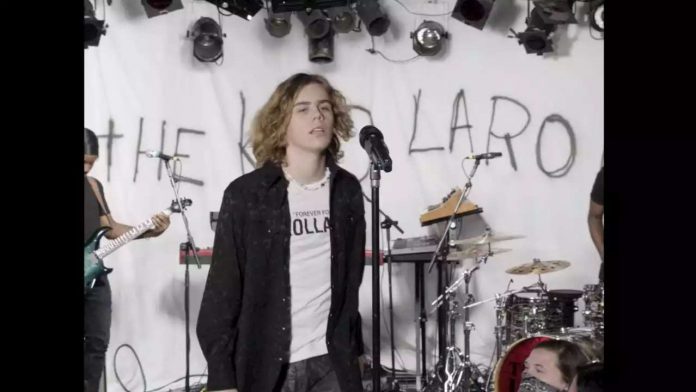 The singer also won the award for Best Artist

Rolling Stone
that he isn’t interested in fitting his music into a specific genre.
“I don’t give a fuck about what something sounds like,” the Kid Laroi said. “I don’t really go to the studio and be like, “OK, I’m going to make this type of sound today.” I just make whatever feels natural. Music’s not one thing anymore. What we now know as popular music is a fucking mash of all different shit. It’s rock influence, hip-hop influence, fucking jazz influence, all different type of influences in this one thing.

I feel music’s becoming more and more genreless.”
The Kid Laroi will embark on a
massive world tour
next year. Dubbed the End of the World Tour, the North American leg will launch January 29th, 2022 at the Arizona Federal Theatre in Phoenix, Arizona, and wrap March 10th at the Coca-Cola Roxy in Atlanta, Georgia. A European tour will follow in March and April, after which the Kid Laroi will tour his home country of Australia, as well as New Zealand, in May and June.
In This Article:

Weedkillers in Cereals What to Know

How an Instagram Famous Artist Made Chance the Rapper’s Debut Album...