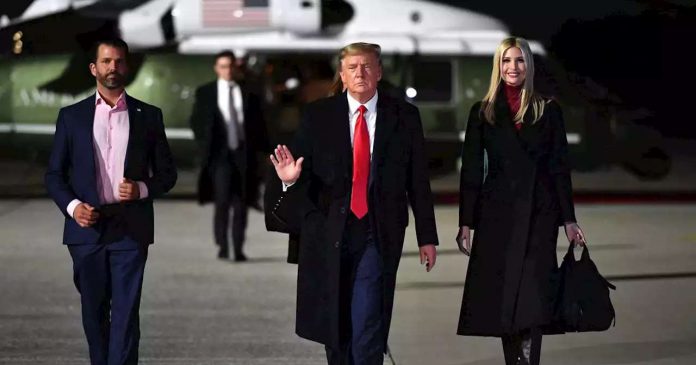 Don Jr. and Ivanka have been subpoenaed as part of the ongoing civil investigation into the Trump Organization.

Photo: Mandel Ngan/AFP via Getty Images New York attorney general Letitia James has subpoenaed both Donald Trump Jr. and Ivanka Trump as part of her office’s ongoing civil investigation into their father, former president Donald Trump, and the business practices of the Trump Organization. Both children served in executive positions in their father’s company.
The New York Times reports that James is seeking testimony from the two eldest Trump children, a fact that became public after a court filing from Trump Organization lawyers attempting to block the attorney general’s request. A source told the Times that Ivanka and Donald Jr. were served on December 1. The former president’s third child, Eric Trump, who also worked as part of the Trump Organization, was subpoenaed in 2020 and ordered to provide testimony after his own lawsuit failed.

James’s office has been investigating claims that Trump’s business empire inflated the value of its assets to obtain loans and later devalued them in an attempt to lower its taxes. It was previously reported that James intended to subpoena Trump himself for his testimony. Not long after, the former president and the Trump Organization sued the attorney general in her official capacity to try to block her attempts, claiming she was violating Trump’s constitutional rights.
The attorney general’s investigation is happening in tandem with an inquiry that was led by the Manhattan district attorney’s office during Cyrus Vance Jr.’s tenure. Alvin Bragg, who was recently sworn in as the new district attorney, indicated the investigation will continue during his term.

Is the Peleton Tread worth the hype? A mom of two...