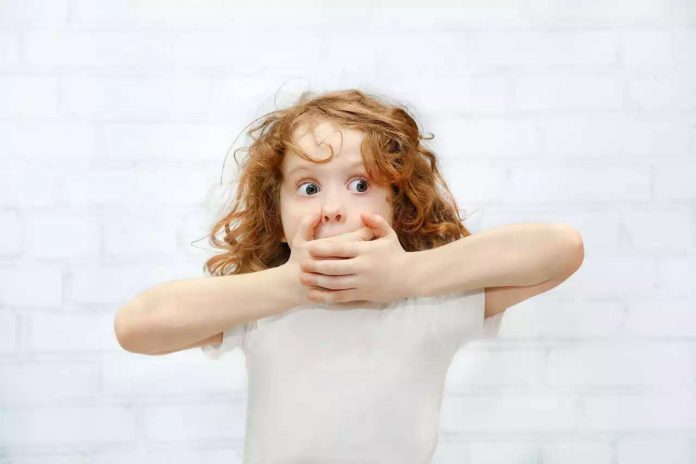 Some youngsters do try it on…

Kelly Rose Bradford
Netmums contributor
This article contains affiliate links, which means we may earn a small amount of money if a reader clicks through and makes a purchase. All our articles and reviews are written independently by the Netmums editorial team.
12 lies kids ALWAYS tell their parents
1 / 13
Do they really think we are THAT stupid?
Your browser cannot play this video.
1. I HAVE washed my face
2 / 13
There can’t be a parent in the land who hasn’t heard the old face washing lie. Usually said with a visage so heavily caked in chocolate that your kid looks like an advert for a cake smash photo-shoot. See also: teeth brushing.
2. I’ve done absolutely nothing….
3 / 13
Parent: What did you do at school today?
Child: Nothing
Sigh. No wonder people always claim teachers have it easy; not only do they get all those holidays, but actually the school day consists of doing zip, nada, nothing at all, too! Amazing though how the kids still come out dirty, grumpy, hungry and tired despite having done zilch all day though, eh?
3. The cat did it
4 / 13
The blame-the-pet lie, often rolled out by canny children to avoid being told off for doing anything from scribbling on a wall to knocking over a glass of water. (Cat may be substituted with: dog, hamster, the goldfish we used to have, and a bird who flew in from the garden).
4. I can’t remember
5 / 13
The perfect cover to evade blame, the shrewd child will insist they have no recollection of eating their little sister’s chocolate buttons, breaking their toys, or whether they spilled a beaker of milk behind the sofa a week ago…
5. If you let me stay up late, I promise I’ll still get up for school
6 / 13
6. But EVERYONE ELSE has one
7 / 13
Usually whined at you in some overpriced tat shop, with every syllable of EVERYONE really dragged out, their eyes welling up, and said item clutched to their chest. The truth of the matter is, of course, that no one else has one at all, though several other kids might have lied and claimed they DO have one, and basically every child is telling their parents the same fib. You’ll probably relent of course, as will the other mums, and eventually, it will become the truth. Sigh.
7. I’ve had nothing to eat
8 / 13
‘Nothing’ is often also used in relation to food – if you believe your child, every party they go to is completely food free, their nan does not allow them a single morsel over an entire weekend stay, and invitations to tea actually mean going to someone else’s house to be starved for three hours.

Oddly enough, when followed up with the adults concerned, mounds of pizza, full roast dinners, and enormous buffets always seem to feature in the true version of events…
8. I haven’t got any homework
9 / 13
Usually muttered when boggle eyed in front of the games console/TV, and then hotly followed up with ‘yeah, but it isn’t due in until Monday afternoon’ when you produce their homework diary that clearly states they need to make a papier-mâché working model of a Tudor spinning wheel complete with an accompanying manual. And it’s Monday tomorrow.
9. I don’t need a wee!
10 / 13
A popular fib from younger children when asked to go to the loo before getting in the car/going for a walk/or when they’ve been racing round soft-play stopping only to guzzle water for almost two hours. The lie is usually more than evident and running down their leg within minutes of it being uttered…
10. But dad said I could!
11 / 13
Often wheeled out by tweens and teens, frequently in relation to making changes to their appearance, going somewhere on their own or watching a 12/15/18 movie. We all know dad (or mum, nanny, uncle) did not say they could at all, and most kids know their lie will be quickly found out. Doesn’t stop them trying it (over and over) though…
11. If you let me get a dog/rabbit/hamster/ I promise I will look after it, feed it, walk it etc…
12 / 13
If you have any of the above pets, and obtained them on the above understanding, you now know this to be a Big Fat Lie. In fact, you are probably reading this while walking the dog, taking the rabbit to have its teeth filed, or scraping hamster poo out of cage. If you have not yet relented, but are being constantly told this lie, STAY STRONG and do not give in.
12. I HAVE tidied my room
13 / 13
No further explanation needed. This is always a lie.
Teach Your Dragon to Stop Lying is a must-read book that helps children to try and understand the importance of telling the truth.
Your browser cannot play this video.
Related stories

Grown-Up Denim Shorts You Won’t be Embarrassed to Wear