Home Woman 11 of Our Favorite ‘Euphoria’ Season One Looks 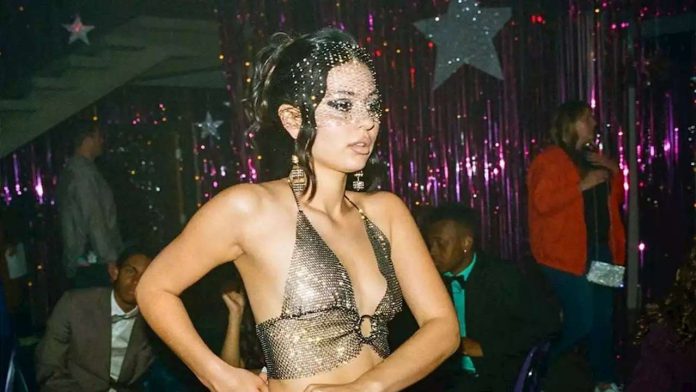 Because we’re clearly excited about the season two premiere.

Buckle up friends,
Euphoria
season 2 is set to premiere January 9, and we’re clearly in for a bumpy joy ride with Rue at the helm once more. The teen drama stole our hearts and our Sunday nights back in 2019 and now after battling COVID-19 filming complications, we are finally being reunited with our favorite messy teenagers.
And while the plotline definitely kept us entertained, what truly had a hold on
Euphoria
watchers were the many intricate beauty and fashion moments all throughout the show. Rhinestones and colorful winged-eyeliner became a staple after
Euphoria
’s premiere and it seemed like everyone was on the hunt for Maddy’s infamous two-piece purple cutout set. The fashions in
Euphoria
managed to steal the show and we all became entranced with the moments where we’d catch glimpses of these
up close — between all the tears and “party favors” of course.

Rhinestones became a staple addition to our daily makeup routines after 2019. Sadly though,
Euphoria
Doniella Davy
shared that in season 2 we’d see a lot less of the dynamic beauty looks we got in season one.
“It’s weird because [the new season’s vibe] is not really simplified because some moments are more experimental, but some of them are more minimal,” she tells
Allure
.
Davy even noted that their signature use of rhinestones would be “retired for now.” And while we won’t see the same level of sparkle in season 2, I’m sure we’ll still get some fashion and beauty looks everyone will want to recreate.
In honor of
Euphoria
season 2 premiering, we’ve rounded up our favorite looks from season 1 that truly stuck with us.
Maddy’s Carnival Look