Home Woman An Exciting New Basquiat Biopic Is on the Way 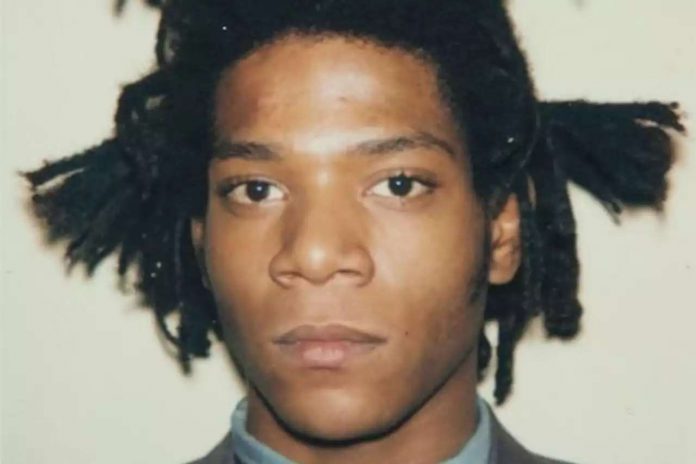 Orla Brennan
Jean-Michel Basquiat
’s story is one of inimitable genius, influence and tragedy. A forthcoming biopic directed by Julius Onah will seek to tell this story, marking the first time a Black director has portrayed the artist’s life on film. The feature, titled
Samo Lives
, will star
Cyrano
actor Kelvin Harrison Jr, who the director previously collaborated with on the Film Independent Spirit award-winning drama
Luce
, in the lead role.
Samo Lives
will trace the meteoric rise of Basquiat, his whirlwind personal life and artistic legacy. For though Basquiat’s life was tragically cut short – he died of a heroin overdose in his apartment in 1988, aged just 27 – he is widely considered to be one of the most influential artists of his generation. Basquiat was a leader in the Neo-Expressionism movement of the 1980s, and he used his art to put forward sharp social commentary on racism and class struggle in modern America. Melding graffiti influences from his SAMO beginnings with elements of New York’s burgeoning hip hop culture, Basquiat’s powerful and singular vision saw him become the youngest person to ever exhibit at the Whitney Biennial when he was just 22.

In 2017, a Sotheby’s auction of Basquiat’s 1982 artwork
Untitled
made history as the most expensive painting by an American artist ever purchased at auction, selling for $110.5 million.
A previous biopic – titled
Basquiat
– was released over 25 years ago in 1996. Directed by Julian Schnabel, it starred Jeffrey Wright, Willem Dafoe Gary Oldman and, incredibly, David Bowie as Andy Warhol. For director Onah, who cites Basquiat as one of his personal heroes, this latest project is an opportunity to honour the artist in a way that hasn’t been seen before on film.
“Jean-Michel Basquiat redefined the idea of who ascends to the highest altitudes of the fine art world,” Onah said in a statement. “But the complexity and richness of his experience as an artist and child of the African diaspora has yet to be dramatized in the manner it deserves. It’s an honour to work with Kelvin and my collaborators, and with Endeavor Content, to celebrate the legacy of an artist who has invited audiences everywhere to be inspired by the transformative power of art … The richness and nuance of his journey is a story worthy of celebration.”
Find out more about

Demi Lovato Album Is Week’s Top Entry at No 2 New...