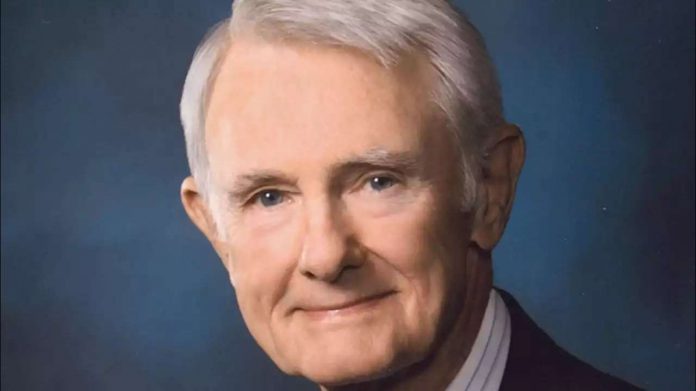 Dick Carson, brother of TV legend Johnny Carson and a former director for The Tonight Show, died at 92 at his home in Studio City, Calif. on December 19, 2021 following a brief illness, his family …

In 1962,
The Tonight Show
called. Recommended by brother Johnny, his interview and hire predated his brother’s takeover of the talk show. He directed many celebrity guest hosts during the weeks before Johnny was free to begin his tenure on October 1, 1962.
The Tonight Show
” was then 1¾ hours of unedited live television every weeknight, After almost seven years, Dick Carson decided to return to California as director of
“
The Don Rickles Variety Show,”
which had only a short run.
He then did freelance work for a time, directing episodes of Arthur Godfrey’s
Your All-American College Show
, an award-winning episode  of
Get Smart,
and
The Sammy Davis Show
, as well as commercials and pilots.  is resonant announcer’s voice  brought  an audition as host of a quiz show, but he realized that he was more comfortable behind the camera than before it.
Carson was hired as director on “
The Merv Griffin Show
” in 1972, and continued in that role until Griffin retired in 1986, except for a brief hiatus. That program, which was syndicated, did frequent shows from Las Vegas, and traveled to Paris, Monaco, Venice, and Israel, showcasing a wide array of guests.

Everything You’ve Ever Wanted To Know About Exfoliation Explained