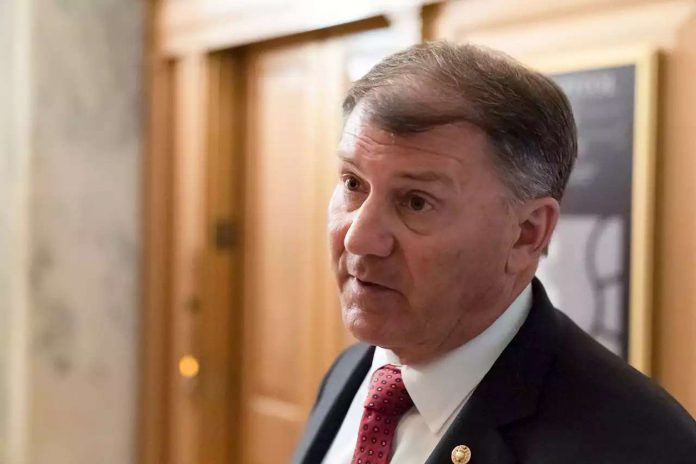 “We simply did not win the election, as Republicans, for the presidency,” said Sen. Mike Rounds

January 9, 2022
Rounds, who voted to certify Biden’s win, has been fairly consistent in his messaging that the election wasn’t stolen. He argued that Trump casting the election process as rife with fraud harms Republicans’ electoral chances in the upcoming midterms.
“If we simply look back and tell our people, ‘Don’t vote because there’s cheating going on,’ then we’re going to put ourselves in a huge disadvantage,” he said. “So, moving forward, let’s focus on what it takes to win those elections. We can do that.“
But even after directly contradicting Trump, Rounds refused to say he would not support Trump should he seek a second term in 2024. “I will take a hard look at it. Personally, what I have told people is, is I’m going to support the Republican nominee to be president,” he said, adding, “I’m not sure that the eventual nominee has even shown up yet.

Rounds also indicated he would oppose a law designed to keep Trump out of office but said that the former president is vulnerable to criminal prosecution by the Justice Department. “Every single individual in the United States is subject to the court systems. What happens with a president is that he has the shield of office, which, in many cases, prohibits or limits the ability of the courts to address issues surrounding that. … That shield of the presidency does not exist for someone who is a former president,“ he said, adding the caveat that he doesn’t believe DOJ has yet presented any damning evidence against Trump.
Asked if he would support prosecution if investigators find evidence against former Pres. Trump,

Stylish Celebrities Who Are 50 And Fabulous – fountainof30 com