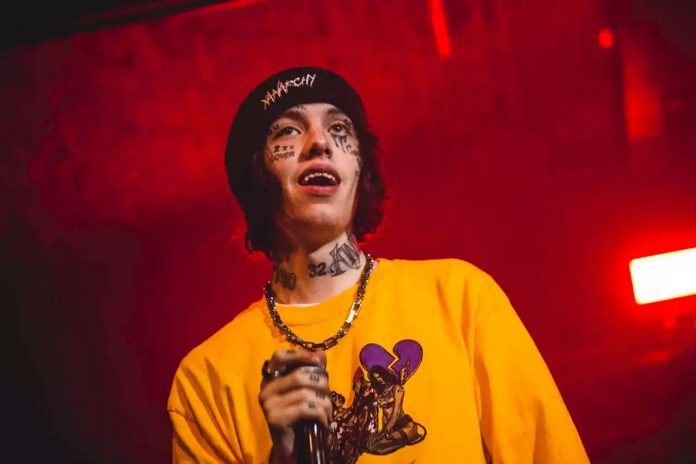 “I’m trying to help other artists, particularly in my same similar situation, not die or go down the same path and get in bad deals.”

tw
Rapper Nicholas Leanos — who frequently performs under the stage name Lil Xan — is defending himself after publicly criticizing his former manager, Stat Quo for enabling his drug addiction. According to the rapper, Stat Quo frequently supplied him with prescription drugs while they were on tour.
The allegations were made last month when Leanos called Stat Quo a “terrible f***ing human being,” and claimed he was given drugs when he was clearly unwell. Following his statement, the rapper received criticism online and was called a “snitch.” Since then he’s responded to the backlash on Instagram Live.
During the livestream, the 25-year-old said the feedback he’s received has been both positive and negative. “It’s like half are saying, ‘Yo, thank God you are spreading the word. And the other half is, ‘Oh, you’re a snitch now bro. He didn’t make you do that. All this stuff.”
The rapper went on to explain that he can’t be a “snitch,” because he’s not affiliated with a gang. “I’m a civilian, how am I a snitch?” he asked. “Did I go to court and rat on my gang? I don’t have a gang. You can’t snitch if you’re not a f***ing gang member, bro.

“Miss me with that,” he continued. According to
,
Leanos was hospitalized multiple times in October of last year for drug-induced seizures.
Leanos also alleged Stat Quo gave him drugs while he experienced withdrawal symptoms. “He would make calls, send $5,000 out here, just to ship the drugs to wherever we were at in the world,” he said.
Though he hasn’t taken legal action, the rapper mentioned he was considering it. He’s going to act like he didn’t do that, like a f***ing hypocrite, and I’m really feeling like I should take him to court, right?” he said. “Because that was a time I almost died from the drugs. I was so skinny, so unhealthy.”
In
past interviews
, the rapper has spoken about battling with anxiety, and admitted his performance name normalizes prescription drug abuse. “I always made that known that I didn’t like that my name was popularizing it,” he said. “But it’s what worked for me.”
Perhaps with everything that has happened he’ll opt to change it in the future, but for now it seems Leanos is focused on his sobriety.

12 Great Gifts For Moms Who Are Essential Workers