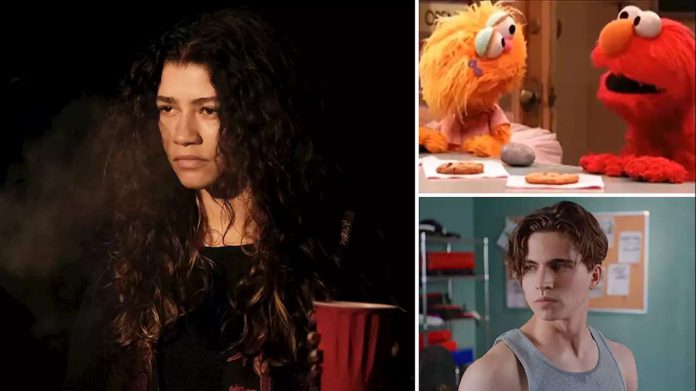 A 2004 clip of everyone’s favorite red muppet, Elmo, seeing red made the rounds on Twitter this week, catapulting HBO’s “Sesame Street” to the third spot on Variety’s Trending TV chart for the week…

more than two years
. Two pandemic-shot installments aired in between, but Sunday night was the first time that fans were able to catch up with all of the characters at once since the Season 1 finale on Aug. 8, 2019.
Taking the second spot on this week’s report was the online-only Golden Globes. The Hollywood Foreign Press Association opted for a social media awards rollout this year following
to sit a year out so the org could take time to “commit to meaningful reform.”
The
strange, members-only “show”
came as a surprise to many in the industry, and although there were more than 782,000 engagements with winner announcements and PSAs from the likes of Jamie Lee Curtis and Arnold Schwarzenegger, most tweets were snide in tone as many critiqued the painful rollout and lack of pomp and circumstance.
If a tree wins a Golden Globe in the forest but it’s not televised, does it still make an embarrassing speech?
— Conan O’Brien (@ConanOBrien)

The Bold and the Beautiful’ Production Paused’ to Expand COVID-19 Testing...

Congrats You’re a Decent Guy! Shelby Lorman Has an Award For...