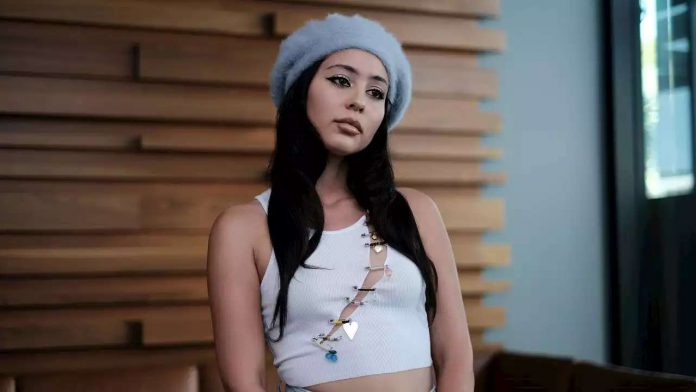 Costume designer Heidi Bivens clues us into the psychology behind Rue’s, Jules’s, and Cassie’s closets.

The journalist-turned-stylist-turned-costume designer tells
Vogue
she’s drawn in by a challenge and, having returned to outfit the second season of HBO’s hit series
after earning Emmy, Primetime, and CDG Award nominations for her work on the show’s debut, it’s safe to say the challenge has been met.
Two and a half years following the show’s premiere,
Euphoria
, which follows the complex lives of a pack of high school students navigating love, identity, and drug addiction, still has a palpable impact on where
Who among us didn’t google “cut-out flare pants” after Maddy wore them to the town’s carnival? Though set in the present, the characters of
Euphoria
relish in early noughties nostalgia, marked by short hemlines and clingy fabrics. Bivens leaned into this even further for the second season, and says she scoured the vintage racks of nearly every costume house in Los Angeles. Against the dark plots exploring pedophilia, domestic abuse, teenage drug-dealing and violence, Bivens’s whimsical costume direction can seem paradoxical. But more than providing outfit inspiration, the costumes mirror each character’s progression. And this season, the color palettes overall got darker as each character grew up.
The anticipated show returned January 9 after a pandemic-prompted hiatus, and fans are already spotting subtle differences in its characters’ approach to dressing. Bivens talks us through how the psychology of each character informs their costumes and why the heck high school students are wearing full-on Miu Miu.
Photograph by Eddy Chen/HBO
Vogue
: The first episode of season two just aired, and it opens with the characters celebrating New Year’s Eve at a house party. What story did you want to tell with their outfits here?
Heidi Bivens:
The New Year’s Eve party episode begins a couple of weeks after the final episode of the first season, so I couldn’t really take too big of a departure for it to still feel cohesive. But, I think young people at that age in high school often do change up their style or try to experiment with different styles, so I didn’t feel too locked into the look of the first season. Since it’s the first episode back, I just wanted everything to look really beautiful on camera. We were shooting on film, which makes a difference with the look of everything and makes the colors really pop. I collaborated with Batsheva on Maude Apatow’s character Lexi’s outfit—We chose really bright colors, a beautiful saffron gold color and really rich fuchsia. Then, I collaborated with Mimi Wade on Barbie Ferreira’s character Kat’s dress. Jules (Hunter Schafer) is wearing a combination of what I would consider to be cutting-edge independent designers. Her skirt is Orseund Iris, and she’s wearing a mesh top by this brand called Maroske Peech, and a beaded top from NIHL. Rue (Zendaya) wore a combination of some vintage—a Jean Paul Gaultier top vest and vintage Roberto Cavalli pants.
Speaking of Rue wearing that vest, it seems like her dad’s burgundy jacket we see her wearing so often in season one doesn’t show up as much in season two. What prompted that wardrobe shift?
No spoilers, but she’s gone to rehab and come out of rehab, and she’s definitely going through it. I think there was a lot of clinging to old memories in the first season, with the death of her father, and while that sweatshirt didn’t disappear—it definitely is still around—I think there’s just so much opportunity over the passage of time for us to show something besides just that sweatshirt. Just to make her character feel more well rounded. I think we almost only ever saw her in the hoodie in season one. With a character like her, if she only ever wore that hoodie, she would lose it. She will definitely lose it. It’s like a baby blanket that gives her comfort, and I think it’s very precious to her, so it’s always somewhere. It’s probably one of the only things she owns that she knows where it is.”
Photograph by Eddy Chen/HBO
Jules’s costumes remain impeccably layered this season. How do you accomplish that?
​It’s really fun. Usually, the easiest way for me to accomplish that is just to get a lot of good pieces and then just go in and play. Hunter Schafer is just a joy to work with, and she collaborated with me on her New Year’s look. The combination of the pieces we had put together was something from an earlier fitting before we went down for COVID, but then we talked about having more accessories, so we made the arm sleeves. Then, I got the Tahitian Pearl necklace for her. Hunter asked for a piece of ribbon for a choker, and I gave her this dark green sheer ribbon, and she added the pink star beaded trim. She actually hand sewed it onto the choker while we were on set. She is a very exciting collaborator in that way, where she is constantly thinking about how to layer her performance, not just her outfit.
From the trailer, fans picked up on the fact that Jules’s costumes are a lot darker and sometimes less skimpy this season. What’s the story behind that change?
Based on what the audience knows from the special episode that focuses on Jules, her character is going through a lot of transition with her identity and her sexual identity.

And I think this is a constant thing. It’s a day to day thing for a lot of people—especially at that age—trying to figure out who they are, who they want to be, what turns them on, how they feel that day, who they think is cool, and whose style is influencing them, if anyone. There’s all these factors that I think that go into what people choose to put on in the morning that says, “this is who I am.” A lot of scenes came up where it just didn’t make sense to put Jules in the silhouette of the costumes of the first season. Obviously, she still has a lot of those clothes in her closet—it’s not like she got a whole new wardrobe overnight. But you’ll see this relationship between the new character, Elliot, and Jules and Rue, and how at times their style could be almost interchangeable. I think that was something fun to explore in subtle ways, how friends influence each other.
We see Cassie in almost exclusively baby blue and pink costumes this season. What does this say about where Sydney Sweeney’s character is right now?
I think Cassie has an idea of femininity that follows traditional lines of what may be thought of as feminine. And so I think she leans into a lot of tropes that feel like things we’ve seen before, whether it’s Bridget Bardot or Claudia Schiffer, or anyone that she would look at in a magazine and think “that’s beautiful.” I think what you see her trying to emulate is what she wishes she was, and so, more than a lot of the other characters, I feel like Cassie’s clothes are a costume. You’ll see that in future episodes where she’s really grasping. She’s still trying to figure out how to present herself to the world, and I think so much of what she does and how she dresses is about wanting to be loved.
Photograph by Eddy Chen/HBO
Would you say Kat has scaled back on the ultra-edgy aesthetic she began cultivating in season one?
I think Kat is definitely maturing. In the beginning of the first season, with her glasses and her Hot Topic vibe, she had more of a kid vibe, and then grew up pretty fast when all the cam girl stuff happened. Now, she’s definitely struggling trying to figure out who it is she wants to be. I think her taste and her style is individualistic in that I don’t think she’s swayed by what the other girls are wearing, or deciding what she’s going to wear based on what other people are wearing. I think she does have a strong idea of what she thinks is cool.
We see more character development for Lexi this season. How does that translate in her costumes?
Lexi has always been the most conservative out of all the girls, and is more bookish than any of them. So the brands she tends to gravitate towards are feminine, but maybe in a more intellectual way than her sister. That’s the thread I tried to keep running through all her costumes. She might have had the most costumes out of any character this season. And then, I did abandon this idea that I really held on to the first season, to try to keep all of the costumes believable, like these characters could buy them. So you’ll see Lexi wears a lot of Miu Miu this season.
How did you navigate letting go of that?
I think the audience understands who they are and believes the costumes to whatever extent. I didn’t really hear many people calling anything out after last season, besides the amount of skin showing at school. But the labels and the clothes that they were wearing didn’t pull people out of the story. So this season, I threw that idea out the window and just decided to have fun. I always quote Sam Levinson [the creator of
Euphoria]
. When we were working on the pilot, before the show even got picked up, and I was trying to understand the tone and figure out how to approach the costumes, I pulled him aside one day and I was like, “I could do
this
, and it would be more realistic, or I could do this other thing that’s not as realistic.” He said, “I don’t give an eff about reality.” That resonates with me.
Photograph by Eddy Chen/HBO
Where is Maddy currently in her style progression?
Well her vibe this season is definitely darker. I think she also is feeling more grown up. She has seen a lot in her short amount of time, so she’s jaded and is imagining herself in the next chapter of her life, and is even fantasizing about what it’s going to be like to be out of school and have more freedom. Moving up in the world. She’s a little bit more mature than her age this season, probably.
There are a few Instagram-forward brands such as Naked Wolfe and Omighty shown throughout the season. Was that an intentional reflection of what’s trending right now?
I don’t know if it was a conscious thing. I did try to branch out and use brands that I hadn’t used in the first season. I think part of it was that I also have a new assistant costume designer,
Angelina Vitto
, who turned me on to a lot of brands that I wasn’t familiar with before. That collaboration brought in a lot of new blood. Whenever you have new people on your team who have a different take on fashion, it can always bring something new to it. So that was fun.
Sign up for our weekly shopping newsletter, The Get!
The insider’s guide to what to shop and how to wear it.
Sign Up Now

8 Things You Should Know If You Get UTIs All the...

Saved by the Bell’ The 30 Best Episodes Ranked

Every Photo of Ivanka Trump at G20 Is Deeply Uncomfortable