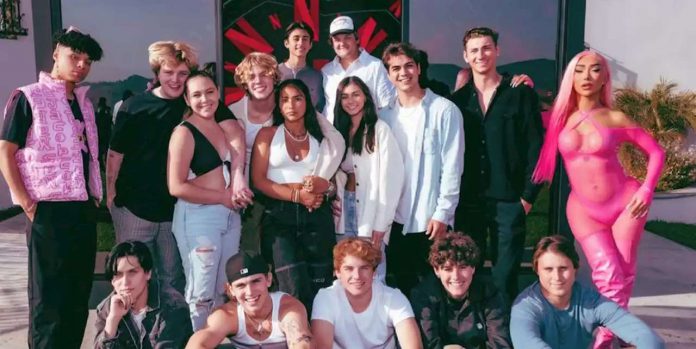 The new ‘Hype House’ reality show premiered on Netflix on January 7. Here, we break down everything you need to know about the creators who appear in the eight-episode series.

All you need to know about who’s involved in the drama.
By
Leah Campano
Jan 10, 2022
In April 2021, Netflix announced a new reality series that would provide a glimpse inside the day-to-day life of
the Hype House
, the social media collective of TikTok’s famed overnight sensations. The eight-episode series finally premiered on January 7, and dove straight into the complicated relationships between the creators living in the $5-million-dollar, Los Angeles-area mansion.
The Hype House launched some of TikTok’s biggest names, such as Charli D’Amelio, Dixie D’Amelio, and Addison Rae. But such personalities have since departed the content group, and others have joined in. Wondering who you’ll actually see take part in the drama? Scroll on for the full list of Hype House members featured on the show.
Advertisement – Continue Reading Below

In New York Overflow Hospitals At Javits And On Navy Ship...

The Alleged Golden State Killer Was Caught After Police Dug Through...