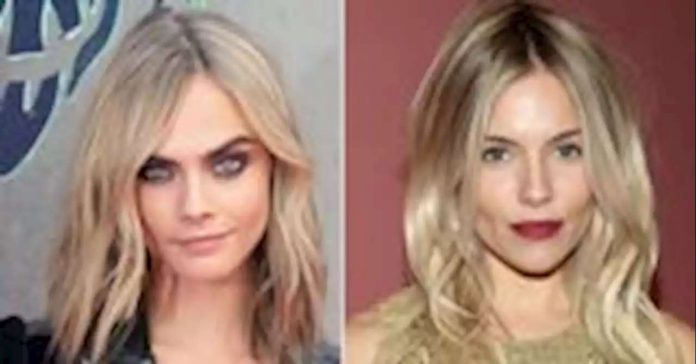 Sienna Miller
.
On Friday evening, the longtime friends were reportedly seen”making out” during a night out with a group of friends at NYC’s Temple Bar. According to sources speaking with
Page Six
, it appeared as if Delevingne and Miller”were together,” though they said Miller also made another with another person at the bar.
“It was like fluid friends. Sienna made out with this tall guy, and then she made out with Cara,” they said, adding that Delevingne also brought one of her dogs and let it run around the bar unleashed.
“It was like a fun night out,” the insider said.
Granted this isn’t the first time they’ve been seen at Temple Bar, as another person told the publication that they were hanging out there last November. Not only that, but Delevingne — who identifies as