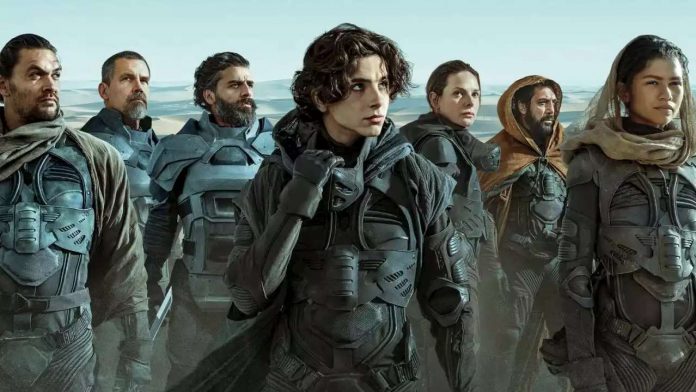 Missed Dune on HBO Max? Here’s how to catch Timothée Chalamet, Oscar Isaac and Zendaya in the epic sci-fi film.

Watch Now
Dune
is based off of Frank Herbert’s classic science fiction saga of the same name, and follows Paul Atreides, a nobleman, who lives in the distant future in an intergalactic feudal society ruled by one all-powerful emperor. Paul is forced to relocate with his parents to the desert planet Arrakis — the most dangerous planet in the universe, better known as Dune. On Dune, Paul’s family is tasked with overseeing the harvest of a precious spice possessing the power to extend human life and enhance human abilities, all while fending off enemies that range from royals to carnivorous sandworms.
Sci-fi, literature and Timothée Chalamet fans alike won’t want to miss the first installment of what may become an epic spacefaring franchise like no other. Here’s everything you need to know about how to watch
Dune

Let Margot Robbie Be Your Guide to Modern Bohemian Beauty

14 Fashion Insiders on the Best Strapless Bras on the Market