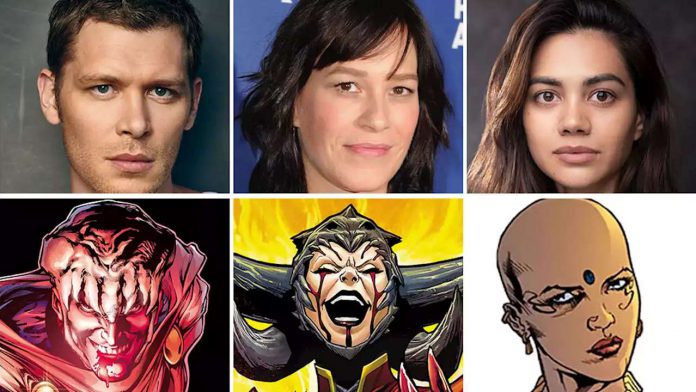 See All
Morgan and Potente will play well known villains from the DC multiverse. Morgan will portray Sebastian Blood/Brother Blood, an introverted man with a strong intelligence and a hidden, darker nature. Potente will play May Bennett/Mother Mayhem. A natural leader who always carries the threat of violence with her, May Bennett aka Mother Mayhem is a predator in human form with an unfettered belief in her mission in the world.
Ambalavanar will recur as Jinx, a quick-witted criminal loner and a master of dark magic with a joy for manipulating others and creating chaos while doing it.
Both Jinx and Brother Blood were featured in the animated
Teen Titans
series. Additionally, Sebastian Blood appeared in the second season of
Arrow
on the CW.

Titans
is produced by Weed Road Pictures and Berlanti Productions, in association with Warner Bros. Television. Based on the characters from DC, the series was developed by Akiva Goldsman, Geoff Johns & Greg Berlanti, with Goldsman, Johns, Berlanti, showrunner Greg Walker, Sarah Schechter and Richard Hatem serving as executive producers.
Morgan is repped by Richard Konigsberg Management and Gersh. Potente is repped by Mainstay Entertainment, Greene & Associates and ID. Ambalavanar is repped by Buchwald and Atlas Artists in the U.S., and by Hatch Talent in the U.K.
Must Read Stories

This Is Your Body And Brain On Coffee