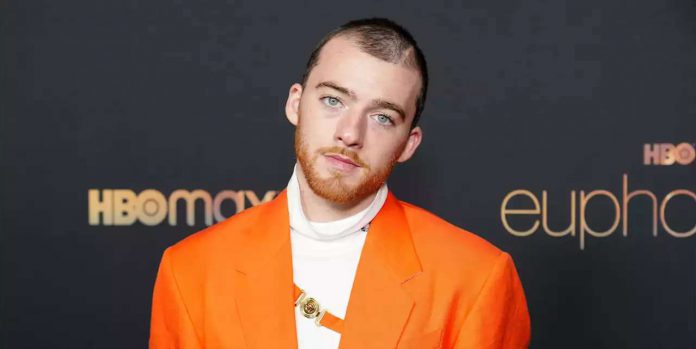 Zendaya is dishing all new details on the ending of Euphoria’s second season and where Rue’s future lies, PLUS the ladies of Euphoria High STUN in an all-new photo shoot.

and
The Line
, Angus’s first part was playing Fez. Before the agent scouted him for the hit HBO drama, he had no previous acting credits.
In his interview with
GQ
, Angus recalled the nerves and exhaustion he felt during the first weeks on set. “I’m like, ‘I don’t know what I am doing. Why did they bring me over here for this? They should have gotten a real actor for this job,’” he said.
“It’s a different kind of hard. I am not running around sweating, but it’s that mental s**t. You have to stay focused. You have to be on point. You can’t call in sick. Acting takes a lot out of you. I’d be drained, but I was just sitting there acting,” he continued.
View full post on Instagram
He worked in a chicken-and-waffle restaurant before acting
Before he charmed us all as sensitive Fez, Angus lived in Brooklyn, New York and worked at a chicken-and-waffle restaurant near the Barclays Center.

According to
, he moved to the city on an impulse — he originally traveled from California to visit some friends, but decided to stay out east and ended up living there for two years.
His personality is remarkably similar to his
Euphoria
character’s, Fez
Fez is a high school dropout turned drug dealer, but he might have one of the biggest hearts in East Highland. No matter the circumstances, his demeanor is calm and level-headed — a characteristic that appears to translate directly from Angus’s true personality. If you watch any interview with him and close your eyes, you might think Fez just ended up at a photo shoot or backstage at a fashion show. Their dialogue is that similar.

This teen is so obsessed with Funko Pops he has 1...

Refinery29 Editor Resigns After Former Employees Speak Out on Racism