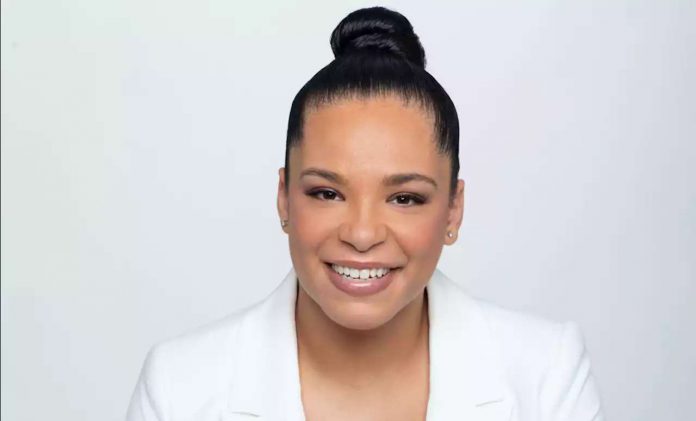 weekend while overseeing
Tamron Hall
as a search of a new permanent executive produce was launched. Starting tomorrow, she will be leaving her
GMA
duties to focus on
Tamron Hall.
This is a reunion for Hall, winner of the Daytime Emmy for Informative Talk Show Host in 2020, and Burns who worked together at MSNBC and have a long professional relationship. Hall
Here is Godwin’s memo:
Good afternoon ABC News—
I am pleased to announce that Quiana Burns is officially the executive producer of the “Tamron Hall” show. Quiana joined the syndicated daytime talk show in October as interim executive producer, and under her and Tamron’s leadership and vision, it has reached season highs in total viewership, performance in households and the W25-54 demo, and received an NAACP Image Award nomination for Outstanding Talk Show.
Quiana joined ABC News in May 2020 as the executive broadcast producer of “Weekend Good Morning America,” leading the team’s coverage of stories, including the global pandemic, the murder of George Floyd and the country’s racial reckoning and the 2020 presidential election, as well as breaking news. While she was at the helm, the broadcast grew in total viewership on Saturdays and Sundays and became #1 on Saturdays across all three key demos.
This is not the first time Quiana and Tamron have joined creative forces.

While at MSNBC she served as the executive producer of “MSNBC Live with Tamron Hall.” She also executive produced “MSNBC Live with Ali Velshi,” helped launch “The Last Word with Lawrence O’Donnell,” and was the co-lead of the Black Employee Network for the news divisions of MSNBC and NBC News. Prior to MSNBC, Quiana served as ABC News anchor Robin Roberts’ anchor producer on “Good Morning America,” winning three Emmy Awards.
Over the course of her career, she has helped lead coverage of every major news story since the 9/11 terror attacks, including Hurricane Katrina, the first network interview with newly inaugurated President Barack Obama, the Oscars, the 2010 World Cup in South Africa, unrest in Ferguson, the 2016 election, the conviction of former Minneapolis police officer Derek Chauvin, and the Surfside condo collapse.
In addition to being a thoughtful and effective leader producing impactful programming, Quiana has been an agent of change at ABC News as a member of the Culture Council.
Quiana’s partnership with Tamron and the team will continue to make the show a destination for authentic storytelling and the important issues of the day.
Please join me in congratulating Quiana.
#oneabcnews