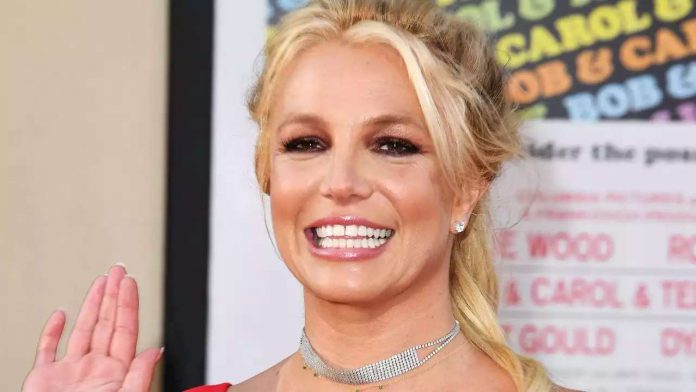 The singer shared the formal invitation to her Instagram on Wednesday.

Britney Spears Responds to Congressional Invitation to Testify About Conservatorships
By
5:17 PM PST, February 16, 2022
This video is unavailable because we were unable to load a message from our sponsors.
If you are using ad-blocking software, please disable it and reload the page.
53:55
Britney Spears Is Free From Conservatorship After 13 Years
02:03
Britney Spears Sends Sister Jamie Lynn Cease and Desist Letter, …
08:06
Britney Spears’ Lawyer Mathew Rosengart Calls Father Jamie’s Req…
03:43
Britney Spears ‘Needed an Escape’ to Hawaii Following Jamie Lynn…
03:14
Jamie Lynn Spears Breaks Down in Tears Discussing Britney Saga
03:29
Britney Spears’ ‘Crossroads’ Turns 20: Inside the Movie’s Secrets
03:10
‘Sweet Magnolias’: Joanna Garcia Swisher Reacts to Intense Seaso…
03:03
Paris Hilton Reveals How She and Lindsay Lohan Settled Their Feud
11:49
‘Summer House’s Kyle Cooke and Amanda Batula Respond to ‘Red Fla…
03:17
‘A Walk to Remember’ Turns 20! Mandy Moore Celebrates With Sing-…
04:44
Ariana Grande Responds to Kate Hudson’s Unexpected Cover of ‘7 R…
01:21
‘Screen Queens Rising’: Halle Berry on Why She’s Heartbroken 20 …
04:11
Pamela Anderson Splits From Fourth Husband Dan Hayhurst After 1 …
01:46
Linda Evangelista Is ‘Done Hiding’ Her Body After Fat-Freezing N…
02:42
Jenna Jameson Shares Health Update From Hospital Bed She’s Been …
03:38
Criss Angel Reveals 7-Year-Old Son’s Cancer Is in Remission in E…
03:01
Dwayne Johnson’s Daughters Prank Him With a Surprise to the Face
02:46
Da Brat and Fiancé Jesseca Dupart Snuggle Up in Pics to Announce…
03:07
Britney Spears
could be headed to Washington D.C. in the future to share her story.
On Wednesday, the celebrated singer took to Instagram to share a formal letter she’d received late last year from Congressmen Eric Swalwell and Charlie Crist, inviting her to speak to Congress about guardianships and conservatorships and
her experiences over the past 13 years
.
“I received this letter months ago … An invitation to share my story … I was immediately flattered and at the time I wasn’t nearly at the healing stage I’m in now,” Spears wrote alongside a photo of the letter.”I’m grateful that my story was even ACKNOWLEDGED.”
In the invite, dated Dec. 1, the congressional members wrote,”It goes without saying that we have been following your conservatorship closely and were elated that you were able to both remove your father as a years-long conservator in September and finally terminate your conservatorship entirely in November.”
Spears’ conservatorship officially came to an end on Nov.

12, with the help of her
newly appointed lawyer Matthew Rosengart
, whom Crist and Swalwell congratulated by name as well in their letter to Spears.
The singer wrote in her caption,”Because of the letter ✉️, I felt heard and like I mattered for the first time in my life !!! In a world 🌎 where your own family goes against you, it’s actually hard to find people that get it and show empathy 🤷‍♀️🙄 !!!!”
“Again, I’m not here to be a victim although I’m the first to admit I’m pretty messed up by it all … I want to help others in vulnerable situations, take life by the balls and be brave 💪 !!! I wish I would have been,” she continued. “I was so scared and nothing is worse than your own family doing what they did to me … I’m lucky to have a small circle of adorable friends who I can count on …”
A post shared by Britney Spears (@britneyspears)
“In the mean time thank you to Congress for inviting me to the White House …⁣” Spears concluded, without specifically confirming whether or not she planned on accepting the invitation.
In the letter, Swalwell and Crist shared,”Your journey towards justice will inspire and empower many others who are improperly silenced by the conservatorship process. Many concerning issues that are commonplace in the guardianship and conservatorship process were brought to light. Especially troubling was news that, for years, you were unable to hire your own counsel to represent your personal and financial interests. Other issues surrounding the initial petition, the eventual permanence of the conservatorship, and being forced to engage in employment against your will, are all equaling concerning.”
“To that end, we wanted to personally invite you and your counsel to meet with us in Congress at a mutually convenient time to describe in your own words how you achieved justice,” the letter continued. “There is no doubt that your story will empower countless others outside the millions that are already inspired by you and your art. Please know that you have absolutely no obligation to do anything more but fight for yourself, but if you are willing, we would appreciate learning more about the emotional and financial turmoil you faced with the conservatorship system.”
Many fans shared their love and support for Spears in the comments on her post, including her fiancé
“Your courage will inspire others, your strength will motivate many, your voice has and will change lives,” Asghari commented. “You’re powerful. Beautiful. And strong. This is why I call you lioness.”
GET THE ET NEWSLETTER

I’m fully booked but can’t take on jobs’ a builder on...