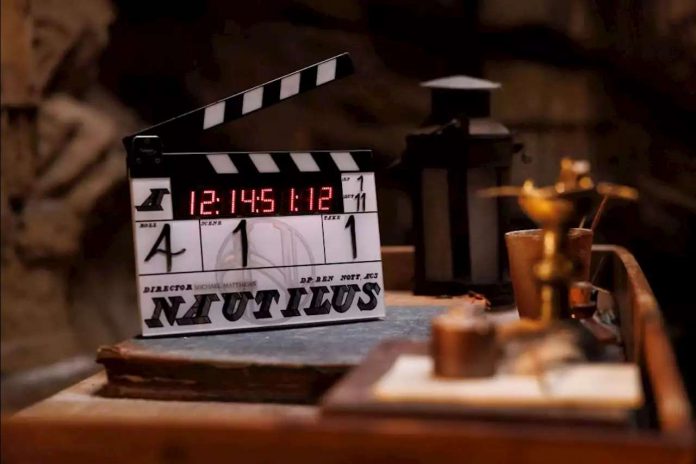 Disney+’s ‘Nautilus’ Rounds Off Cast; Cameras Roll In Australia Casting is complete and filming has kicked off in Australia on Disney+’s Nautilus, the live action re-telling…

ITV has launched a
Fresh Cuts
strand for Black History Month, giving five Black filmmakers the opportunity to create a film for the broadcaster. The scheme is open to people who have never been commissioned by ITV but have relevant experience to step up for the role. The films will air in October, the UK’s Black History Month, and be focused on contemporary and innovative ideas reflecting Black British Lives today.
Fresh Cuts
will “focus on bringing future talent and authorship opportunities for up and coming filmmakers to the fore,” said Satmohan Panesar, ITV Factual Entertainment Commissioning Editor.
Fremantle
Strikes Five-Year Cinecittà SpA Deal
Fremantle has struck a five-year framework agreement with Italian production hub Cinecittà SpA to rent out six soundstages at the long-established Roman studios. In addition to studio rental, the agreement also includes long-term use of service premises, costume and prop facilities, digital post-production and 35mm and 16mm-development facilities. Fremantle said the move confirms its decision to make top international productions in Italy and fits in with Cinecittà’s broader industrial plan. “The talented Italian and international professionals working with Fremantle need somewhere to bring their ideas and projects to life,” said Andrea Scrosati, Group COO and European CEO of Fremantle.

ZEE5 Teams With Applause On Web Series ‘Bloody Brothers’
South-Asian specialist streamer ZEE5 Global has unveiled the latest content from its multi-show agreement struck with producer Applause Entertainment last year.
Bloody Brothers
will star Jaideep Ahlawat and Mohd Zeeshan Ayyub, with Tina Desai, Shruti Seth, Maya Alagh, Mugdha Godse, Satish Kaushik and Jitendra Joshi also in the cast. The six-part show revolves around the lives of two brothers, Jaggi and Daljeet. While the elder brother Jaggi enjoys the comfort of a wealthy and seemingly perfect life, the younger one Daljeet struggles to survive running a vintage book shop cum café. Their life spins out of control when a tragic accident occurs and distrust starts enveloping their lives, creating a rift between them and everyone around. The project is an Indian adaptation of the UK mystery thriller
Guilt
and is being made in association with BBC Studios India. Shaad Ali is directing, it will premiere on ZEE5 next month.
Must Read Stories

Kim Kardashian Is Changing the Name of Her Shapewear Line After...