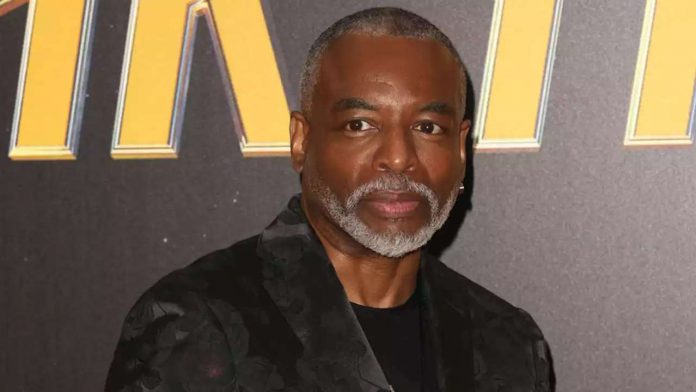 ‘There are plenty of books to choose from. But you know what? No. Read the books they don’t want you to. That’s where the good stuff is,’ the ‘Reading Rainbow’ host says in a Tuesday night show segment.

LeVar Burton to Host ‘Trivial Pursuit’ Game Show
Burton is then quickly cut off as the screen cuts out and a single message appears telling viewers to stand by in light of a content violation. When Burton reappears, he explains that “as it turns out that book is banned because reading about segregation is divisive, but since almost any book with black people these days is considered divisive, here’s one that doesn’t have any people in it at all.” The second title the former Reading Rainbow host features is
And Tango Makes Three,
a picturebook about two male penguins who adopt and raise a baby penguin.
“Both penguins are boys,” he says before the staticky screen appears once again.

“Well, I’m told that that book is also banned because of sexual perversion, which is weird because there’s no sex in the book at all.”
“Y’all they adopted the baby!” he continues. “What do you guys want? A mommy and Daddy penguin so the kids can make sure that the penguins are knocking boots?”
To put it over the edge, the final selection is the Dr. Seuss classic
Hop on Pop
, which was involved in a 2014 challenge, revealed by the Toronto Public Library in a release of its annual review committee notes. The request to ban the children’s book was made by a local father for “encourag[ing] children to use violence against their fathers,” according to
magazine
.

For More Details : The Hollywood Reporter

Dua Lipa Reveals She Slid Into This Celebrity’s DMs