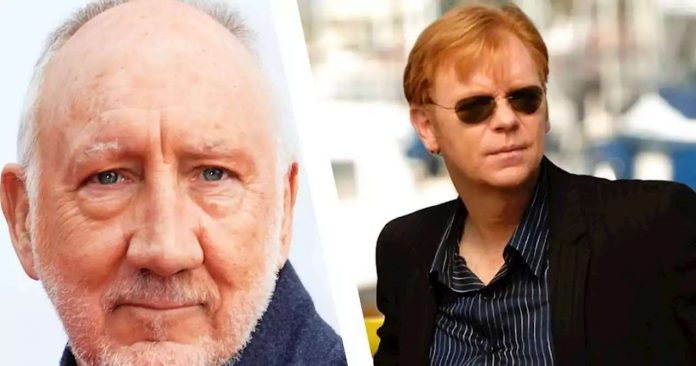 “It just reminded people that we were still there.”

Yeaaaahhhhhh! Photo: Getty Images/CBS Neither Heinz Baked Beans nor Odorono was mentioned during Pete Townshend’s new interview with Rolling Stone, which turned his attention to the Who’s liberal song-catalogue presence in film and television. “In 1982, the Who closed down, and we weren’t earning money. I started allowing my songs to be used for commercials, for film use, and not all of it was good,” Townshend, the band’s primary songwriter and windmill king, admitted. “There’s no question. Some of it was embarrassingly bad. But it earned money.” However, one of the licensing decisions he doesn’t regret is none other than the wildly popular CSI franchise, which uses Who songs as themes for all five of the series.
“With the use in CSI, fuck! It just hugely, dramatically, powerfully spread the word about the potential,” Townshend explained.

“These were some of the best songs that the Who had ever recorded. They were on TV over and over and over and over again. It just reminded people that we were still there. I think it probably helped us to come back.” Specifically, “Who Are You,” “Won’t Get Fooled Again,” I Can See for Miles,” and “Baba O’Riley” are used as themes to set the mood for whatever forensic high jinks occur weeknights on CBS, and a true CSI fan can tell you the two shows that use the same song. Townshend was also “very moved” by how the Who was incorporated into Freaks and Geeks, but those GMC car commercials? Don’t mention it.

This Bug Spray Smells So Good My Husband Occasionally Wears It...