Home Woman The End of Sarah Palin’s Libel Case Versus the Times Gets Even... 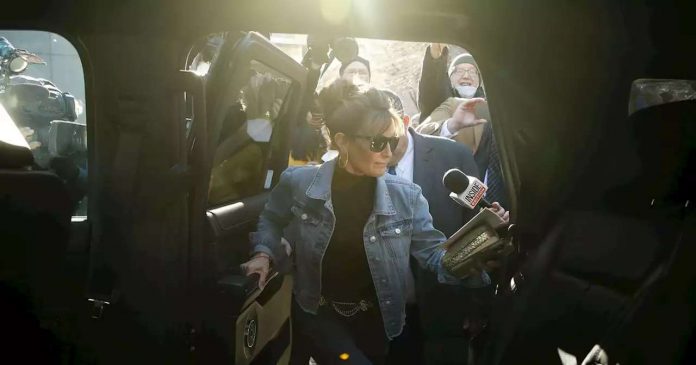 The judge claims that three jurors were made aware of his decision to dismiss the lawsuit by push notification, potentially influencing their verdict.

Photo: John Lamparski/Getty Images Jurors in high-profile trials face a particular internet-era challenge. When they leave the box, they must resist the temptation to pore through information about the case online so that their decision is informed only by evidence put forward in court. The process is imperfect, but doable. Things become significantly more challenging, though, when the case in question has already been decided — and when jurors have push notifications on their phones. These unusual circumstances colored the conclusion of Sarah Palin’s defamation lawsuit against the New York Times.
Earlier this week, Judge Jed Rakoff ruled to dismiss Palin’s complaint against the paper, which she brought over a 2017 op-ed that falsely connected her to an assassination attempt on a Democratic representative. Rakoff found that Palin’s legal team did not provide enough evidence to meet the definition of “actual malice,” which connotes an outlet willfully publishing false information about a public figure.

Rakoff’s ruling came down before jurors had made their own decision, but he kept them deliberating so that their verdict could be considered in a likely appeal. But according to Bloomberg, his timing — and the throng of media focused on the trial — meant that several jurors learned about the decision via pop-up notifications on their phones. A court clerk informed Rakoff that “at most three” jurors knew his ruling before they delivered their verdict, which found the Times not liable in the case. The tech-savvy trio claims that the news did not influence their decision exonerating the paper.
Rakoff probably should have anticipated how his big decision could potentially trickle down to the jury. But on Wednesday, he did not sound humbled by his op-sec failure. “I’m disappointed that the jurors even got these messages, if they did,” he told Bloomberg, referring to the push notifications. “I continue to think it was the right way to handle things.”

I Witnessed the Horrors Immigrant Children Experience at the Border