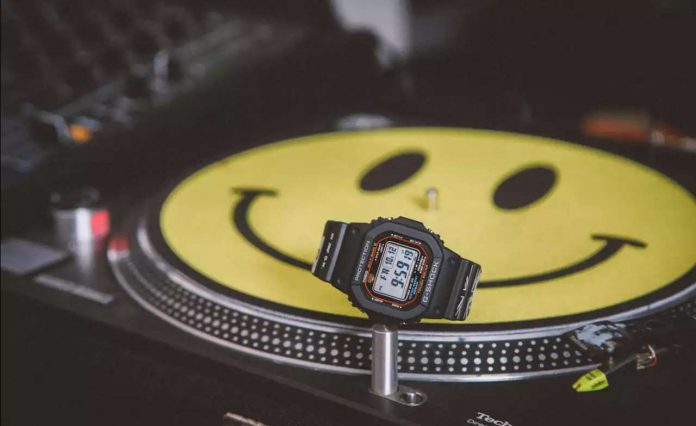 G-Shock has collaborated with London\u2019s Museum of Youth Culture on a limited-edition watch. The Museum of Youth Culture examines the relationship between young people\u00a0and modern society through an archival examination encompassing more than 150,000 photographs and texts, an extensive body of research that informs the new G-Shock watch \u2013…

new accents, such as the resin band that features work from photographer Gavin Watson, best known for his documentation of the skinhead, rave and punk scenes.
G-Shock and Museum of Youth Culture watch
‘We are super excited to collaborate with G-Shock and celebrate the amazing history of the brand, showcasing the importance of it within youth culture,’ says Jon Swinstead, founder of the Museum of Youth Culture. ‘Being able to delve into our archive and unearth a massive variety of subcultures who wore G-Shock has been fascinating. Throughout the various subcultures, from street to punk, to the emerging subcultures in the modern day, the significance of G-Shock over the last 40 years within youth culture and [for those] growing up in Britain, evidently, is immense.

The watch doesn’t compromise on functionality, with an emphasis on a slick technicality seen in the radio-controlled technology that ensures ultimate accuracy. Solar power increases reliability, while a stopwatch, timer and world time mode are handy extras.
‘This collaboration with the Museum of Youth Culture boasts attitude that is of a certain time,’ states Casio, the watchmaker behind G-Shock. ‘It is instantly identifiable and celebrates a shared experience of growing up in Britain and never giving up.’
The new release is currently being marked with an exhibition at the museum, on London’s Shaftesbury Avenue, until 4 March 2022, which explores the history of G-Shock since its inception in 1983, with a look at rare models and memorabilia. §
Information

Ariana Grande Was ‘Giddy’ During Dinner Date With Husband Friends