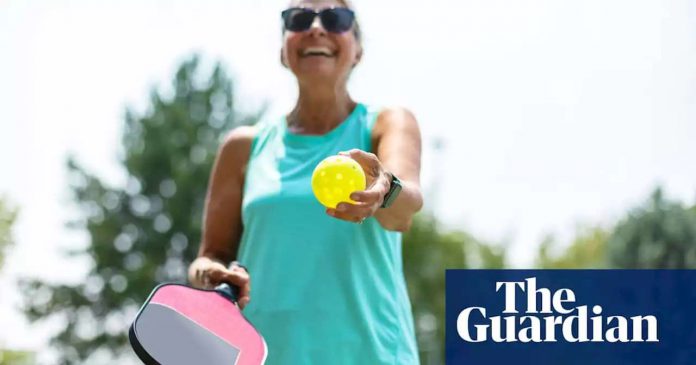 It’s a cross between tennis, badminton and ping pong, and is reported to be the fastest growing sport in America – even Larry David loves it

Does it involve kicking a gherkin about?
It does not.
Golden snitch, but made of a pickled onion?
Again, no. There are no actual pickles involved. It is played with a wiffle ball …
Is that like a
quaffle
?
No! It’s not Quidditch, OK? A wiffle ball is one of those light, plastic balls with holes.
Go on then, how do you play?
It’s like a cross between tennis, badminton and ping pong …
Whiff whaff
?
Shush. It’s played with hard paddles, a little larger than a ping-pong bat, on a court about a quarter the size of a tennis court, with a lower net …
So like tennis for people who can’t play tennis?
Not at all, though the fact that it is easier to learn is one of the reasons behind its success. Playing singles or doubles, you’ll soon be able to get rallies going. There’s less sprinting so it’s easier on the body, making it popular with retirees.
So like tennis for old people?
Not just. Those Washington dads invented it for their kids.
Perhaps there are some

The 25 most stylish movies of all time

Kacey Musgraves Turns Her Sadcore Era Into a Party at Madison...