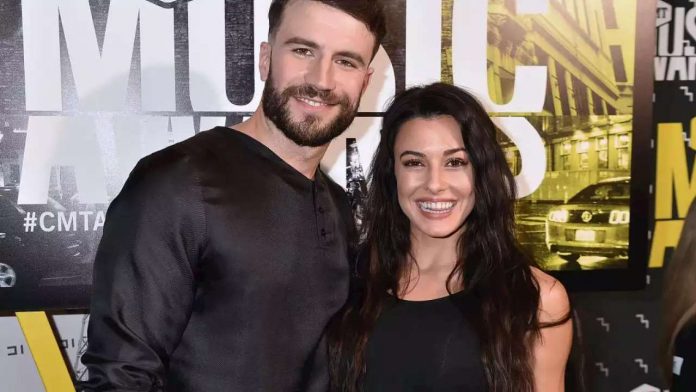 By
11:46 AM PST, February 21, 2022
This video is unavailable because we were unable to load a message from our sponsors.
If you are using ad-blocking software, please disable it and reload the page.
15:23
Sam Hunt Arrested for DUI
03:21
Hannah Waddingham on Her Hopes for Sam and Rebecca’s Future on ‘…
00:56
‘Good Sam’ Sneak Peek: Sophia Bush and Jason Isaacs Don’t See Ey…
03:26
Whoopi Goldberg Apologizes for Holocaust Comments on ‘The View’
01:59
Ben Stiller Spills on Directing ‘Severance’ for Apple TV+ (Exclu…
01:05
‘Naked and Afraid’: Watch Sneak Peak for New Season! (Exclusive)
02:06
Tom Brady Retires: What’s Next for the Former NFL Star
03:51
Luke Bryan Gears Up for Las Vegas Residency Debut (Exclusive)
01:47
Usher Reveals Who He’s Rooting for at Super Bowl LVI (Exclusive)
03:20
Florida Georgia Line Promises They’re Not Breaking Up for Good (…
03:01
Pete Davidson Sends Kim Kardashian’s Sister Khloe Roses for Vale…
03:03
Snoop Dogg Reveals Surprise Gifts for Couple Who Returned His Lo…
01:37
Brad Pitt Sues Angelina Jolie for Selling Their Winery to Russia…
02:42
Pete Davidson Refers to Kim Kardashian as His Girlfriend for the…
01:56
Watch Michael B.

Jordan Laugh in ‘A Journal for Jordan’ Gag Reel…
03:31
Jennifer Lopez Subtly Calls Hoda Kotb Out for Asking About Her P…
01:09
Renée Zellweger Looks Unrecognizable in Trailer for New Series ‘…
02:00
Jennifer Lopez on How Rekindled Romance With Ben Affleck Is ‘Goo…
01:56
Sam Hunt
‘s pregnant wife has filed for divorce, ET has confirmed.
According to the legal docs, obtained by ET, Hannah Lee Fowler filed for divorce in Williamson County, Tennessee.  In the docs, Fowler cites”irreconcilable differences” as the reason to terminate the marriage, and she accuses the country star of”inappropriate marital conduct” after claiming he is”guilty of adultery.” Fowler also revealed she’s pregnant and is due in May. The pregnancy news had not been previously disclosed.
Fowler, 33, lists the the date of separation as Feb. 18, the same day she filed for divorce. She also stated that all hope for a reconciliation are exhausted. She’s asking for alimony and a parenting plan for their first child.
Getty

Jennifer Aniston Writing A Tell-All Memoir About Her Love Life?

‘I’m a promoter of masturbatio

36 incredible LGBTQ movies everyone should watch