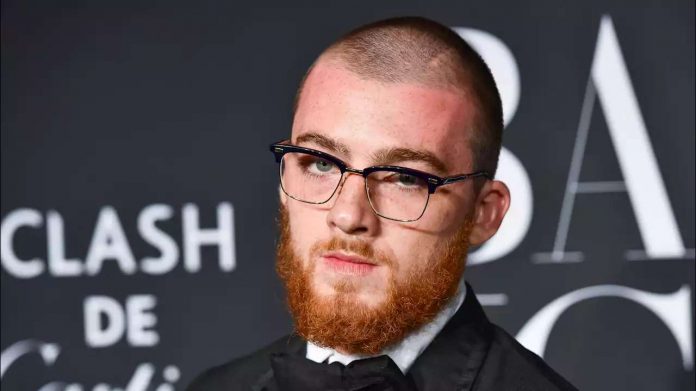 This one is for the Fez hive.

Euphoria
.
With his perfectly timed smiles and endearing moments on screen, he’s snuck his way into all our hearts.
If you’ve been anywhere on the internet since
season two
premiered, then you’ve definitely seen Angus Cloud on your timeline. The 23-year-old made his acting debut as Fez in 2019 after being scouted off the street and is the unsung hero of the show.
An Oakland native, Angus is stepping into the limelight and, as expected, his style star is already forming — immaculately, may I add.
— with polos, knits, and streetwear galore — feels very similar to Angus’s style IRL but the actor also has full-on glam moments.
Lately, we’ve been blessed with an immeasurable amount of Angus Cloud updates,
mostly from Angus himself via Twitter
— #iykyk.

More recently, Cloud was seen front row at Coach and even presented Thom Browne’s latest collection alongside his on-screen, slow-burn love interest Lexi, played by Maude Apatow. Since 2019, Cloud has found himself deep in our hearts and as his stardom continues to rise, what better time to relive his style evolution?
Neil Rasmus/BFA.com (Courtesy of COACH.)
1/17
February 2022
Angus at Coach was everything we didn’t know we needed. Not only did the star steal the show eating Cheetos front-row, he also made street style rounds with this statement coat.

We just got a major teaser for Queer Eye season 5