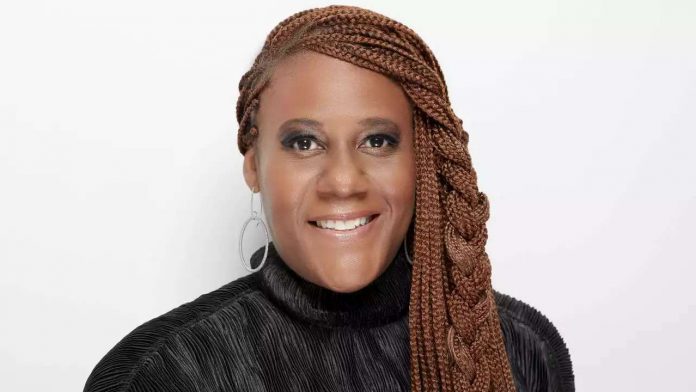 Diggs’s success is a testament to hard work paying off.

In
How I Got Here,
Black and brown creatives explore how they worked their way to the top of the fashion industry. In conversation with
Vogue,
these editors, social media stars, and more reveal the unforgettable moment that would change their careers completely.
How I Got Here
offers (stylish) life lessons, in the artists’ own words.
CaSandra Diggs was named president of the CFDA in 2020, making history as the organization’s first Black president. Her former job at the consultancy Harrison & Shriftman landed her a position at the council as a business manager in 2001. As president, she has since implemented Impact, a
diversity initiative
within the CFDA to support designers who are historically unrecognized in the industry. Diggs has a clear view on where these initiatives should go next: forward!
In the early ’90s I had my first stint as a sales associate at Macy’s. That’s where I really got my introduction to the fashion industry. I thought, Wait a minute—there’s way more to this than I thought. It wasn’t all about fun. I really felt the business side of it. I’ve always admired fashion, but the more that I grow in this role, the more I respect the artists within it. The craftsmanship, the level of creativity and innovation that goes into building a collection, is amazing to witness as a whole.
I’ve been at the CFDA since 2001. I came as a business manager, and that incorporated everything that had to do with logistics and strategic operations. I recognized that there was a way for me to take different elements of the business, put them together, and create one role for myself. Most people want the P.R., marketing, and forward-facing roles, but I saw the power of the business role. I really gravitated toward that and took it by the horns and made it into what I wanted to do.
CFDA president CaSandra Diggs attends the 2021 CFDA Fashion Awards in New York City.
Photo: Getty Images
There are a lot of elements of leadership that I’ve had to acquire over the years to be able to assume the role that I am at now.

I think being a person who is adaptable and able to pivot is key. Sometimes you don’t get what you think is best for you, and it opens you to receive something else. These are hard lessons. My hardest was being fired from a job in my early career. It was soul crushing because I felt that I was putting in 100%. I thought I was doing my best, but it just didn’t measure up to what they felt they needed. I found that there were some things about my work style I could adjust. Each of these moments over the years has given me the tools I needed to succeed.
Every role that I’ve had at CFDA has built me to that next level where I felt comfortable. When I was finally tapped to take on this role, I felt that I was able to do it successfully. I felt I had the skill set and temperament to navigate with confidence.
I think in the beginning I had a different thought process around the work. I sort of operated in a very silent way. Mentally it was like, the creative people are over here, and the operations and business people over here. Over the years I’ve realized that collaboration is key. We have to come together in order to develop, produce, and deliver services and products that really resonate with people. In order to do that, we can’t work in silos. We do have to work as a team.
My advice to anyone is to expect a different journey than the person next to you. I worked at Harrison & Shriftman in the late ’90s. That was the first time that I had ever seen an account manager who was Black and representing brands like Nike. I was in shock and in awe at the same time. What I really learned there was not just the work but what representation actually looks like and how it makes you feel and inspires you.
I had the opportunity to build a network, which effectively changed my life. My advice, alongside not expecting the same path as everyone else, is to be prepared to pivot.
Vogue’s Favorites

Lea Michele Confirms Her Pregnancy with This First Look at Her...