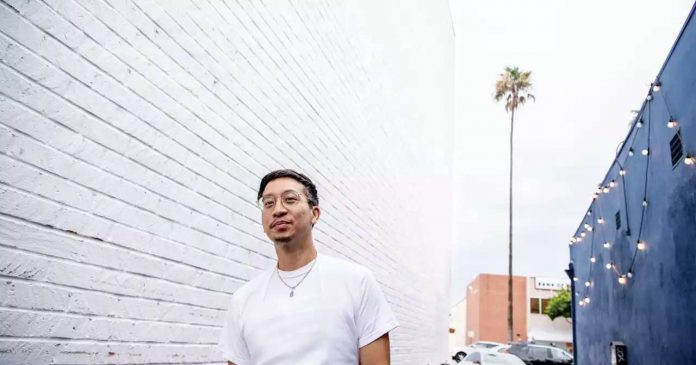 Plus, Meals by Genet wins the Gold Award.

Meals by Genet as this year’s recipient
.
The choice to name Anajak as ROTY has been clear to me for months. On the one hand, a 41-year-old Thai restaurant that moonlights as a taqueria one night a week and serves mashup omakase dinners sounds like an L.A. parody. But if you dine at the restaurant, nothing comes off as caricature. The cooking, in whichever format you experience it, evinces skill and delight. Noodles heave with smoke from the wok, and the citrus sparkling over prawns or fish is practically bioluminescent. The Southern Thai-style fried chicken battered in rice flour will leave you grinning. This is a place with heart, run by people who have been nourishing their community for decades.
Advertisement
Justin grew up in the restaurant, and he left behind a career as an art director at Disney to return to the family business after Ricky had a stroke. Creatives need outlets. The few seats for Anajak’s weekend omakase meals are booked up through this summer; set your calendars for September. Last August, during the one time that I managed to snag an
omakase reservation, I was as absorbed by Justin’s extemporizing as I was by the food.
Among the dishes he served: dry-aged steelhead in panang sauce, enriched further with swirls of coconut cream; a refashioned take on nigiri using striped jack, sweet rice and fish sauce rather than soy; and a tostada encircled with sweet Chinese sausage, laap-style seasonings, toasted sticky rice and chocolate.
Among the topics he covered: evolution and individualism. “Thai cuisine, as many great cuisines of the world, aren’t museums,” he said. “They are more like galleries with room for permanent collections. The omakase, for me, was to break away from what I felt I had to make, be it in my parents’ or guests’ eyes.

A sashimi-style course, part of Anajak Thai’s omakase menu by Justin Pichetrungsi.
(Mariah Tauger / Los Angeles Times)
“Mom didn’t understand what it meant that we were becoming more of an L.A. restaurant, as opposed to a Thai one. She used to fight me on the ingredients and techniques. ‘So we aren’t a Thai restaurant?’ I was bringing in carnitas and raw fish and Japanese coals. And she still stands for the preservation of my father’s amazing menu and palate. But she knows it’s an untamable beast now.”
During a later exchange, when talking about his father’s signature dishes, Justin discussed bu phat pong gari — stir-fried crab curry. “Dad gave me three different recipes. Each time, there was something different than the last. And each time it was a little off, almost like he didn’t want to give me the secret.
“But I realized it was him kind of teaching me through simpler recipes than more complex ones, through repetition. Like practicing scales.
“Curry crab is the confluence of many cultures in Thailand. It’s Indian and Malaysian from the dried spices and the milk. It’s uniquely Thai from the seafood component. And Chinese, too, because it was popularized within Chinatowns in Bangkok and Thailand. It means a lot to the cuisine because it is a great portrait and proof that Thailand is one of the great intersections of the world’s Silk Road. But now, the Silk Road is not a place you can visit or even go to landmarks or heritage sites for. It’s in our minds. And I think the modern-day ‘Silk Road’ is here in L.A.”
The man has a lot on his plate … but he also plainly needs to make time to write a book. Read more about

‘Game of Thrones’ Stars Submitted Themselves for Emmys