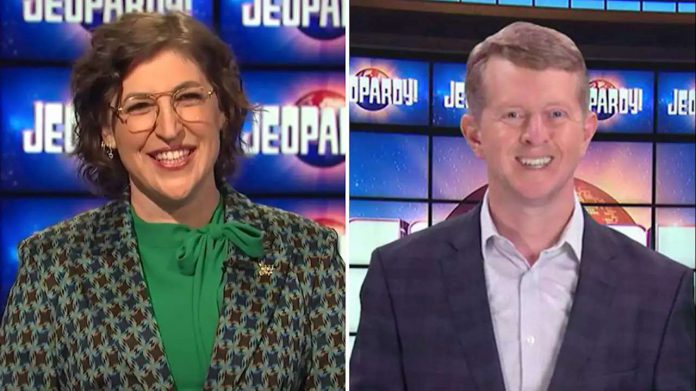 At last, there’s a solution to the ongoing question of which host — Mayim Bialik or Ken Jennings — will ultimately lead “Jeopardy!” The answer: Both. Sony Pictures En…

Sony Pictures Entertainment
has entered into long-term deals that will have the two hosts continue to split duties on the popular syndicated game show, according to a person familiar with the matter, while retaining Bialik to host primetime editions of the show as well as the new “Celebrity Jeopardy!” show expected to start up at ABC. With Sony eager to boost more versions of the program, this person says, more than one host was required. Bialik continues to work on the Fox sitcom, “Call Me Kat,” which has been scheduled for a second season.
A spokesperson for Sony Pictures Entertainment, which has for months been navigating the ultimate succession for Alex Trebek, the longtime “Jeopardy!” host who died in 2020, did not respond to queries for comment.

The dual-host solution speaks to ambitions behind the venerable game show, which originally debuted on NBC in 1964 before evolving into the current early-evening version 20 years later. “With all of our plans for ‘Jeopardy!’ — which is more ‘Jeopardy!,’ not less, more versions — we’re going to need multiple hosts to represent the entire audience, to represent the entire country, in order to take this franchise forward,”

Olivia Buckland on why her marriage is one of few Love...