Home Woman Does Kelis Have a Legal Standing in Beef Over Beyonce’s Milkshake’ Interpolation? 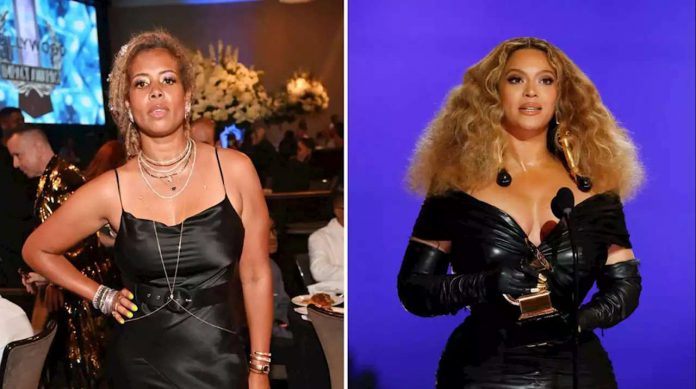 “To bring a copyright claim, you have to own a copyright,” an expert tells Billboard.

07/29/2022
“I also know the things that were stolen. Publishing was stolen, people were swindled out of rights. It happens all the time, especially back then. So, it’s not about me being mad about Beyoncé,” she continued.
The oft-sampled “Milkshake” is one of several songs folded into “Energy” — and, it’s worth noting, it is listed as an interpolation, not a sample —
alongside tracks
from Big Freedia and Teena Marie. The Beyoncé song’s provenance for “Milkshake” read, “written by Pharrell Williams, Chad Hugo and performed by Kelis,” with Hugo and Williams also listed among the 14 songwriters who contributed to the 1:57-long
Renaissance
dance jam.
So, if Kelis is not listed as a songwriter or producer on the song, were Bey or Pharrell required to reach out to her for permission to use “Milkshake”? The simple legal answer is no. Because she is not credited as a songwriter on the track, she would not be a co-owner of the publishing copyright — meaning she would not have any right to approve or deny the use of it in Beyoncé’s track.
“To bring a copyright claim, you have to own a copyright,” Joseph Fishman, a professor at Vanderbilt Law School in Nashville and a national expert in music law, tells
Billboard
. “If Kelis does not own a copyright on the song, she has no claim.”
As she suggests in one of the videos — in which she notes that she knows Beyoncé, that they’ve met and have mutual friends — Kelis seems to feel that as a headline artist whose song is prominently referenced on “Energy” she was at least owed the courtesy of a call from Bey or her people, but legal experts say that it likely wouldn’t have been required.

“The fact that she was the performer on the original track doesn’t make her a copyright owner,” Fishman said.
If Beyoncé had lifted audio from the “Milkshake” sound recording directly, and if Kelis owned her sound recordings (i.e., her masters), she might have been able to veto a sample. But neither seems to have been the case. “If Beyoncé recreated the ‘Milkshake’ sections in the studio, if she interpolated them, rather than sampling the original recording itself, there’s no sound recording copyright implicated to begin with—regardless of who might own it,” Fishman says.
In
technical terms
, a sample is a lift from an existing sound recording placed into another sound recording, whereas an interpolation is making a new piece of music in which you don’t sample the original, but either sing or play a piece of it yourself with an acknowledgement of such.
A telling comment posted by Kelis on Thursday in response to an Instagram fan page that first noted the “Milkshake” interpolation seems to hint at the personal nature of the beef. “My mind is blown too because the level of disrespect and utter ignorance of all 3 parties involved is astounding,” Kelis said, adding that she found out about it, “the same way everyone else did,” suggesting that she was not given any advance warning about its use in the new composition.
Thursday’s comments aren’t the first time Kelis has called out The Neptunes, who produced her debut album,
Kaleidoscope,
as well as 2003’s
Tasty
, on which “Milkshake” appeared. Due to being “blatantly lied to and tricked” to sign contracts based on “what I was told,” Kelis told the

Relationships are all about tr

Students are throwing ‘COVID parties’ with a cash prize for catching...