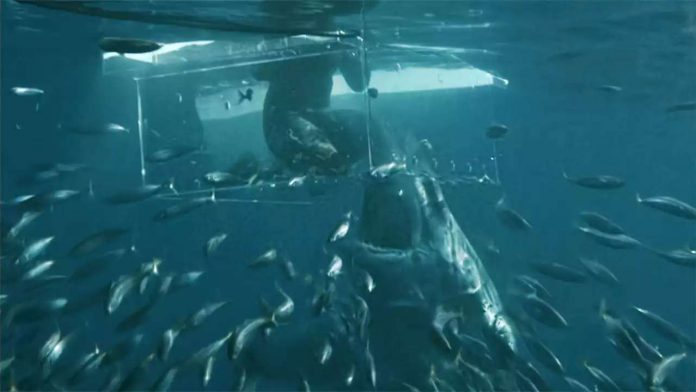 , whose flagship cable channel carries Shark Week, and CNN parent WarnerMedia. CNN also has been promoting Discovery Channel’s Shark Week on-air and online this year in a synergy move across Warner Bros. Discovery.
Great White Open Ocean
is a 90-minute documentary featuring shark diving expert Jimi Partington. A year after almost dying in the jaws of a great white shark, Partington got back into the water to overcome the traumatic event, but the experience quickly became a battle for life and death. It was filmed by
Shark Week
filmmaker Jeff Kurr.

Shark Week
returned to Discovery for its 34th year on July 24 with Dwayne Johnson as its first Master of Ceremonies. Working with dozens of the world’s most respected marine biologists and science institutions, the week’s program slate has spotlighted innovative shark technology to further research about these elusive creatures and their mating and migration patterns, while also sharing findings of a new, undescribed species.
Watch a preview clip of the documentary above.
Must Read Stories

This Year’s 4 20 Celebrations Will Be the Biggest Yet as...

Valentino Is the First Major Luxury Brand to Launch an At-Home...